Today, Suzi Analogue, the multi-genre artist best known for her ingenious vocal and production contributions to genre-bending urban music, shares the news about her new EP CHILLS + THRILLS and a remix for Death Grips’ “Stockton” available as a free download. Just last week, Death Grips, the rebellious Hip-Hop group from Sacramento, California tweeted a link inviting everyone to download their stems for free. We’re not exactly sure why Death Grips released their stems for free but they did and it inspired Suzi to create the uzi flip you’ll hear below.

CHILLS + THRILLS is counted as her first self-produced EP set to be released on her own label Never Normal Records on February 11th. It’s called CHILLS + THRILLS,, because the body of music travels on a sonic pathway of the chillwave to hyper ballads. It’s meant to highlight Analogue’s skill as a songwriter and a producer, as she’s written, recorded and automated the entire project.

If you’re wondering what’s up with the plus sign over her eye, “it signifies a punch in the eye,” Analogue explains.

But my vision remains positive. It’s about me bringing human feeling back into music and production cause with all the digital recordings; it’s lost. 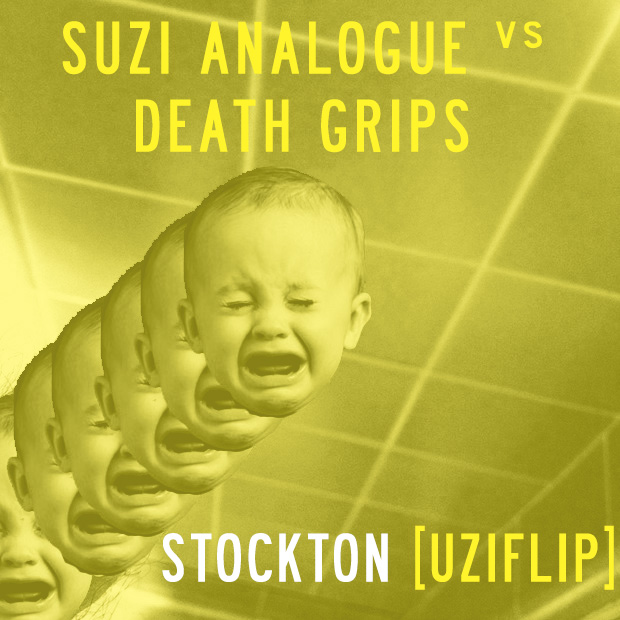 *Suzi Analogue plays live at The Barbary with Cities Aviv on February 6th in Philadelphia, Pennsylvania.

Suzi Analogue is an American Soul / Electronic / Experimental artist known best her imaginative vocal and production contributions to genre-bending urban music globally. Her aesthetic utilises spoken notions of classic soul mashed against electronic charm, creating soundscapes that are conveyed through a global perspective. She is noted for creating the term for her own genre “Raw’N’B,” a better description of raw the sound she defines.

True to her name, Suzi Analogue has released analogue cassettes and vinyl records worldwide. Most notably her self-released NNXTAPE, and ANALOGUE MONSTA-BOOM EP released on 10″ vinyl by Scion A/V Toyota; a collaboration with EDM star TOKiMONSTA. She has also provided recorded music for artists including Stalley (MMG) Blu, Spoek Mathambo and more popular music heavyweights. She has taught master production courses from Yale University to Amsterdam, The Netherlands, and also performs worldwide.

Analogue continuously pushes boundaries of audio and visual content with every release, and brings an authentic energy to every performance; recorded and live. She is also the founder of NEVER NORMAL RECORDS.