The Suffers want you to stay. 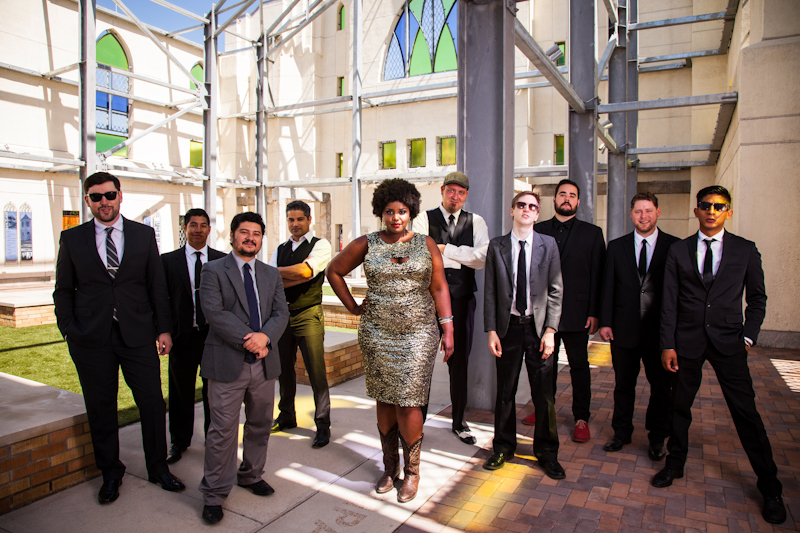 Bands that use live instruments are so rare now in this digital age but The Suffers have brought back a little soul in the music. The Suffers, an award-winning group from Houston, Texas, initially made their TV debut on The David Letterman Show. They have made quite a stir also doing a “Desk Concert” on NPR recently. Their sound is unique mixing Rock and Soul genre’s to create that old school soul, that makes you want to get up and find someone to dance with. Although the group is very reminiscent of Sharon Jones & The Dap-Kings, they seem to bring their flavor to a genre some may call “Soul-Pop.”

The video features a black Yeti-like robot creature with a TV screen face, a pink mohawk and pink fingernails. The creature seems to an old pal of the man in the video, playing a former friend from childhood watching in sadness, frustration and jealousy. In the video, we watch love begin and follow this couple on a date, being watched by this black creature that is lurking. Flashing to scenes of a little boy who is playing on an old tape confirms that the boy in the video is the man that is on a date with a special someone. As the couple shares smiles, holds hands, they end the date romantically with the black creature still lurking in the background. Life progresses showing the couple watching a movie, the man proposing and then the woman coming out of the house pregnant the creature waiting once again. At the end of the video, we see he maybe perhaps an imaginary friend.

I love this song: A nice slow groove with a steady beat and a brass section that carries the melody. It’s a song of regret and “come back to me baby” but it makes for a record that you can just close your eyes, sway and snap your fingers to.

I’m digging the whole style of the band as well. The beautiful lead singer Kam Franklin is dressed simply in a floral dress, cowboy boots. Her voice has that smooth, mellow sound, yet has a great range. The track “Stay,” originally appeared on the group’s debut Make Some Room EP, and will have a remastered version on their new upcoming self-titled album.

The Suffers are kicking off a 20-city tour in 2016, along with Lake Street Drive. Be sure to catch them in a city near you!