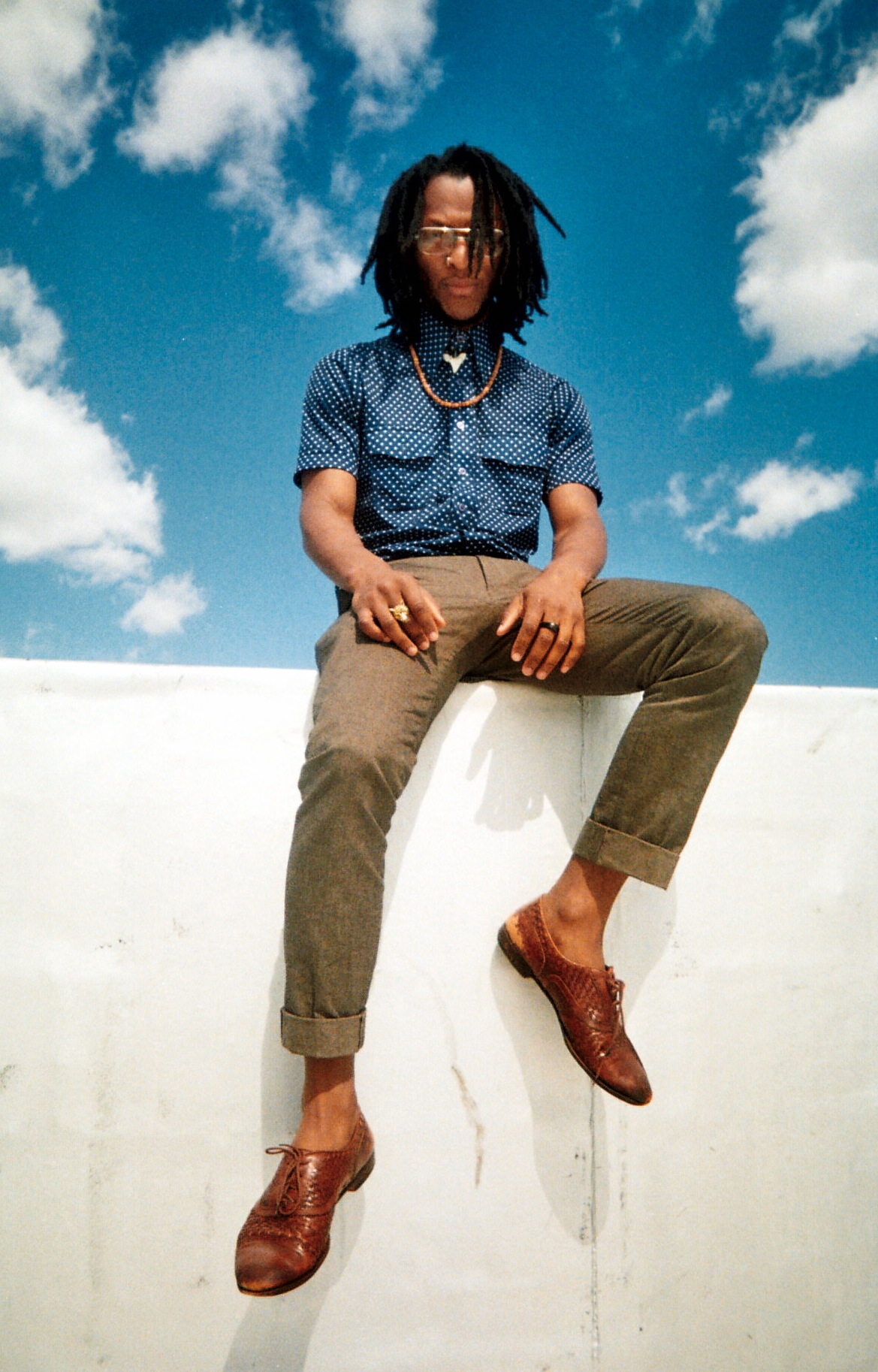 “Suede Jury sounds like he comes from the family tree of the Native Tongues.”

Suede Jury is a lyricist, producer and graphic designer from Brooklyn, New York, who’s been releasing music for several years. In 2012, he released two projects: Dreamer’s Block (which features him rapping) and Directions For Tomorrow (which is an instrumental album). His latest work, ‘Soul Sophisticate: Everyone Is An Actor’ finds the wordsmith taking a cinematic approach. According to Jury, the “album proposes that everyone functions as an actor in some capacity; taking on various roles & scenes as life plays out.”

On the opening intro “Woody Allen,” a man who I assume is the director tells Jury, the actor, “they’re going to run through it a couple of times.” The director yells action and over old fashion music Jury tries to create the perfect opening monologue for this film / album. The first song “Soul Sophisticate” opens up with a groovy Dilla-esque beat that Jury rhymes comfortably over. As you get deeper into the album, you hear the different sounds of music change. “Funky Rap” is Afro-Punk Hip-Hop while “Mission Impossible” is straight-up Reggae. It doesn’t ever feels like Jury is reaching or doing too much. He adapts to every style effortlessly. There’s still sounds of classic and modern Hip-Hop, but you have to appreciate an artist who is versatile.

“Be Yourself” is a key song that I think sums up Jury’s overall message on this album. Featuring Terry Lovette and Jaime Lee Lewis the song serves as the catchiest song on the album. Over a Dance / House / Hip-Hop beat Jury and Jaime Lee Lewis claim:

“All the songs on the radio sound like this, so I guess that I gotta make a song like this.”

“…everybody sorta sounding the same / you really wanna change things? Maybe you should start with yourself.”

There’re three hooks in this song and Jury is playing into the copycat formula that so many artists do themselves. The song is a radio / club record that states a message about being yourself artistically and literally.

The director shows up periodically but after “Silent Film,” he yells cut and asks Jury a brief question about some of his lyrics in the song that segues into a skit and the third act of the album where Jury expresses his relationship woes.

Suede Jury sounds like he comes from the family tree of the Native Tongues. I immediately think of artists like A Tribe Called Quest, Slum Village, Little Brother, Talib Kweli and Mos Def. He doesn’t sound like any of these rappers as far as vocal tone but when it comes to his rhymes, flow, and subject matter you can hear the relation. With the production, you get a wide variety of styles from Reggae to Soul, with the core being Hip-Hop. Jury’s production style is flexible and for fans of Pete Rock, J Dilla, Madlib, Q-Tip, and Kanye West. Overall the album comes off so cinematic; I feel like there should be a film to go along with it, a video for every song.

This album is the soundtrack; we need that film to go along with the music.