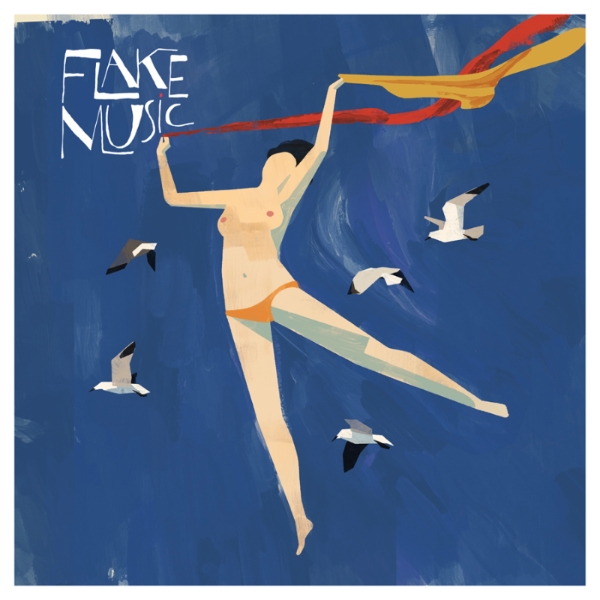 Flake Music’s When You Land Here, It’s Time To Return will be reissued on CD / LP / DL November 24 in Europe / November 25 in North America on Aural Apothecary via Sub Pop. When You Land Here… was originally released in 1997 on Northern California label Omnibus Records. The Aural Apothecary reissue, remixed by Kennie Takahashi and remastered by J.J. Golden at Golden Mastering, features the original outing’s 11 tracks including highlights “Spanway Hits,” “Mieke,” and “The Shins”, and a reinterpretation of the album art.

James Mercer (The Shins, Broken Bells) formed Flake Music in Albuquerque, New Mexico in 1992 with Neal Langford on guitar, Phil Higgs and then Marty Crandall on bass and Jesse Sandoval on drums. Flake Music was a collaborative affair with each member contributing to the songwriting process. From 1992 to 1997, Flake Music released several singles before releasing When You Land Here… in 1997. Upon the album’s release, Flake Music began touring largely due to support from Modest Mouse, amongst other bands.

In 1996, Mercer started The Shins as an outlet for his songwriting. The Shins’ debut Oh, Inverted World was released in 2001 on Sub Pop.