All in all, Teyana Taylor immerses herself in the golden era head-on.

A true renaissance woman, Teyana Taylor released a new project last month titled, “The Cassette Tape 1994.” In collaboration with My Mixtapez and Walk Like Us, a full body of 90’s R&B goodness has hit airwaves. Not only has Teyana graced many stages across the U.S. – paying homage to iconic women like Janet Jackson, Aaliyah, and Total, but her record VII still warms our souls. To all the 90’s babies, this collection of music is a prelude to more chill vibes. 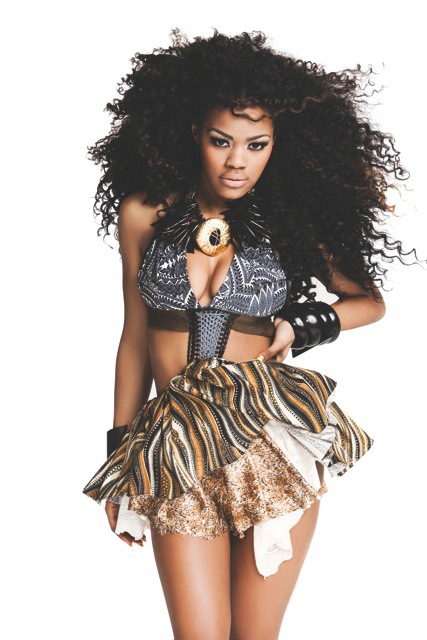 The tracklist includes a fly mix: Your Wish, Tonight, Who’s Gonna Make It Home featuring Iman Shumpert, Undercover, and Touch Me. The cover art stays consistent with the red, black and white color scheme from VII. The production features GOOD Music’s own Kanye West, J.R. Rotem, and Da Internz. Adding to that nostalgic retro feel, an actual cassette tape is a focal point. Mini skits also exist in between tracks as a monologue from Strangé (Grace Jones) in Boomerang (1992), fills that space of the woman’s anatomy. All in all, Teyana immerses herself in the golden era head-on.

Originally set to drop August 10, The Cassette Tape 1994 was pushed back to August 25 instead. If you remember the early promo visuals – campaigning the record, her Instagram brought back analog video formats, tomboy style, chill studio flows, and romance – all in one.

As this young queen continues to slay, working hard at her craft, she is currently rocking the stage with Chris Brown, Omarion, Fetty Wap, and more on the One Hell Of A Nite Tour. Loyal supporters can also expect to hear a new album soon. Teyana has also announced that she is pregnant with a baby girl. And yes, she still performs hard. Delivering quality showcases, Teyana Taylor proves time and time again, she is an artist. Salute to keeping that Harlem essence, and holding down the throne.

Congrats to you and your family. Iman Tayla Shumpert Jr. will be a proud daughter.