“Stony Hill,” the album and tour, is Damian Marley’s road to Zion, and he treads it well.

“An angel told me, ‘Jah is hearing our prayers each day. Regardless of our faith. Even though many of his children stray, our good deeds are never wasted.’ So believe it, or not you’re special in your way. Your existence is a must” are lyrics from Damian Marley’s fourth studio album titled, “Stony Hill.”

he youngest veteran of the legendary Marley family delivers love, vibes and Rastafari to a crowd of Roots, Rock, Reggae, and Dancehall fanatics. The “Stony Hill Tour,” with both nights being sold out at New York City’s Irving Plaza, was a clear indication that music for the conscious mind is alive and thriving.

A rebel with a cause, artist Kabaka Pyramid was the opening act for the “Stony Hill Tour.” He empowers fans with a song titled “Can’t Breathe,” which focuses on bringing awareness to a governmental system that keeps its people stressed, depressed, and oppressed. They begin to feel suffocated and hemmed. His musical rendition of “Ring the Alarm” by Tenor Saw fueled a fire within the audience, that a collective “Bap Bap Bap” accompanied by two fingers in the air, could be seen, and heard throughout the building. 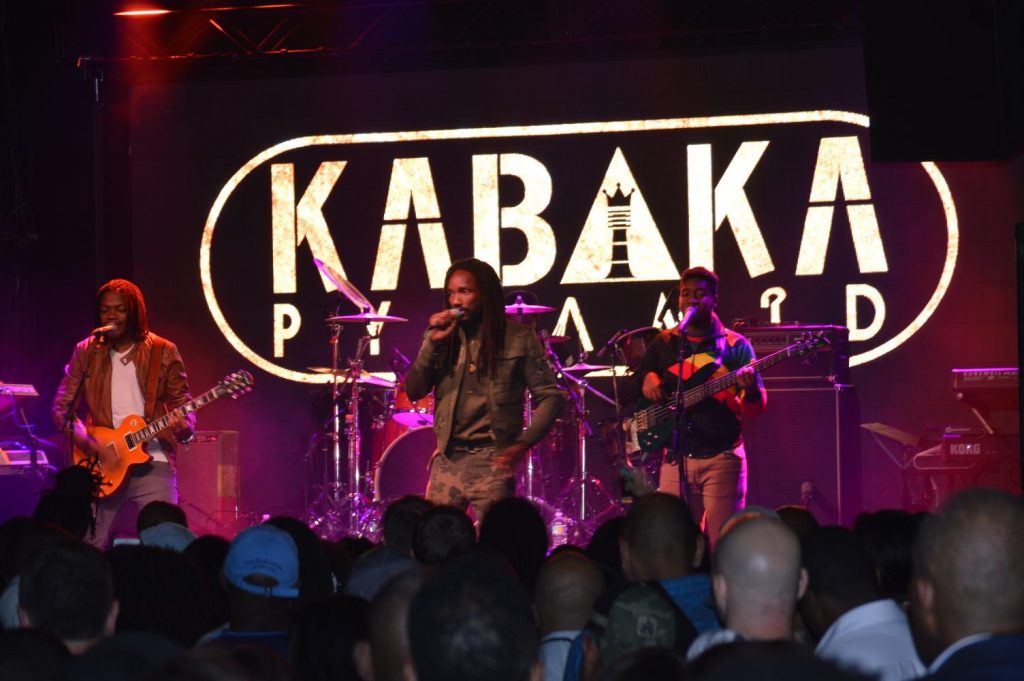 Effortlessly showing skillfulness, Kabaka Pyramid connected with fans. Then, he encouraged fans to sing along, making his performance theirs. With Damian Marley being the Executive Producer of Kabaka Pyramid’s forthcoming album “Contraband,” he is sure to leave a distinctive mark on this genre of music. A lively, colourfully dressed emcee, with an excessive amount of Rastafarian pins, buttons and beads, he approached the stage at Irving Plaza.

He shouts to the crowd. “Yeah,” they hollered back.

“Ladies and gentleman, I proudly present to you, all the way from Kingston Jamaica, Damian Jr Gong Zilla Marley.” 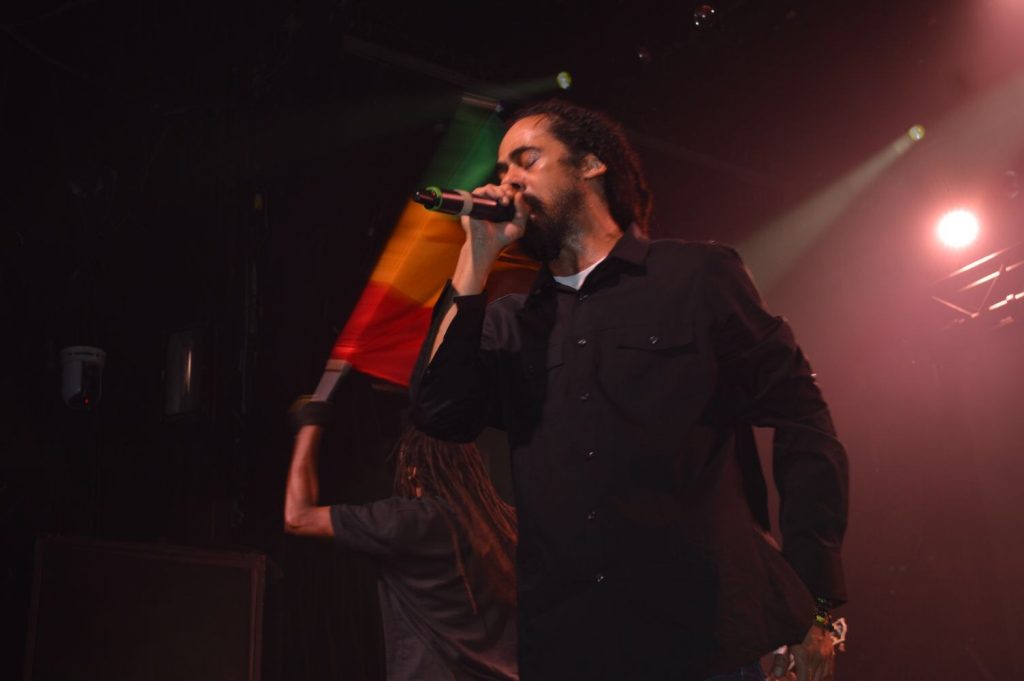 The crowd erupted with whistles and handclaps. Damian Marley set the tone by chanting. He humbled fans with songs like “So a Child May Follow” and “Nail Pon Cross.” These tracks invoke listeners to search within themselves, lead by example, and to refrain from being quick to judge. Performing his father’s classic hit, “Is This Love,” the spirit of Sir Bob Marley entered the atmosphere and took over the show.

When he performed “Welcome to Jamrock” live, I understood why rap greats like JAY-Z and Nas hold him in high regard. The “Stony Hill Tour” is a complete package of rejuvenation for the mind, body, and soul. The experience has background dancers, full of vigour and vitality, a flagman who stands firm, waving you into each song, and one undeniably talented musician. Gong Marley has rooted himself into the intricate music mainframe while creating his own pathway within a musical dynasty.

“Stony Hill” the album and tour is Damian Marley’s road to Zion, and he treads it well. Jah Rastafari!