Scars and all; Stefflon Don is the industry’s new it-girl.

Beautiful, well-kept women are hard to ignore. Add British rapper Stefflon Don to the top of that list. Listen, there is no disrespect for what I am about to say. As far as I am concerned, Stefflon Don is what many others have portrayed. Especially, Nicki Minaj—one of America’s top-selling rap stars in music history. That’s great but let’s quickly get to the facts. Stefflon Don has a real British accent. Ten years younger than Nicki Minaj, she is also of Caribbean descent and is gorgeous. She is thick as hell, her curves are intact, and it looks natural. It appears like Stefflon Don has plenty real supporters around her. I don’t recall seeing a video like this for Nicki Minaj.

If comparisons weren’t important when describing something or showing that there’s finally someone who could compete with Nicki Minaj’s greatness, I wouldn’t. However, that is not the world we live. Personally, I hope the coming of Stefflon Don makes Nicki Minaj get back in her bag and let off crippling shots. Until then, enjoy Stefflon Don’s new video for ‘Real Ting’. Then, stream the new project with the same name.

PS: I love the pun in her name. It says ‘London’. Also, it refers to one of the many monikers of the late Italian-American gangster John Gotti.

PPS: Shout out to Connie Diiamond. I found out about Stefflon Don via her Instagram. 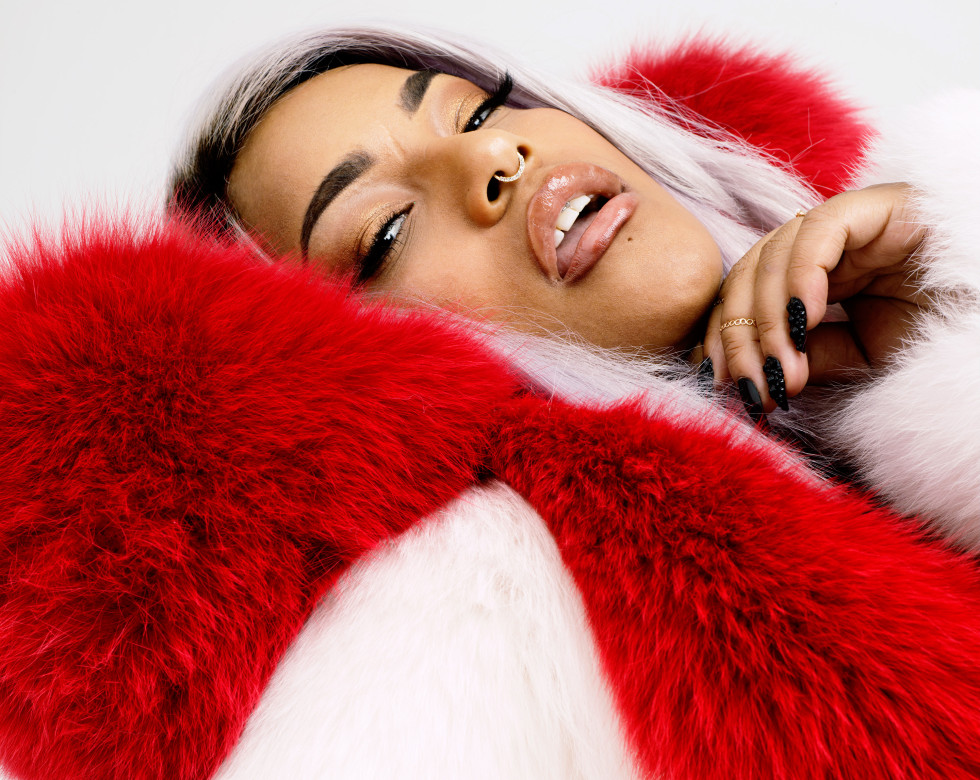 I only make music that I love. I don’t care if no one else loves it. I’m true to myself. — Stefflon Don

It’s this conviction that has earned Stefflon Don, aka Stephanie Allen, a reputation as an emphatically real MC. Her inventive rhymes and wordplay have already caught the attention of rap and grime fans alike, proving that this bilingual mum-of-one and self-described “girl with the blue hair” is a force to be reckoned with.

Steff attributes her straight-talking attitude to her diverse upbringing. After moving to Holland aged five, she enjoyed a liberal childhood in a richly multicultural environment. Eight years later, she returned to the UK with a view of the bigger picture: that there was a world outside of London.

The east Londoner first started making waves in 2015 with her versions of Wretch 32’s Six Words and Section Boyz’s Lock Arff. Since then she’s been in high demand, appearing on tracks by the likes of Lethal Bizzle, Sneakbo and Angel. In September 2016, she made an impressive appearance on Jeremih’s single London, where her patois-inflected, quick-fire one-liners came thick and fast. 1Xtra’s DJ Target is a particular fan and has championed her on his show.

Steff is currently working on her debut mixtape, Real Ting, which will feature Jeremih and Scouse Trappin Tremz.