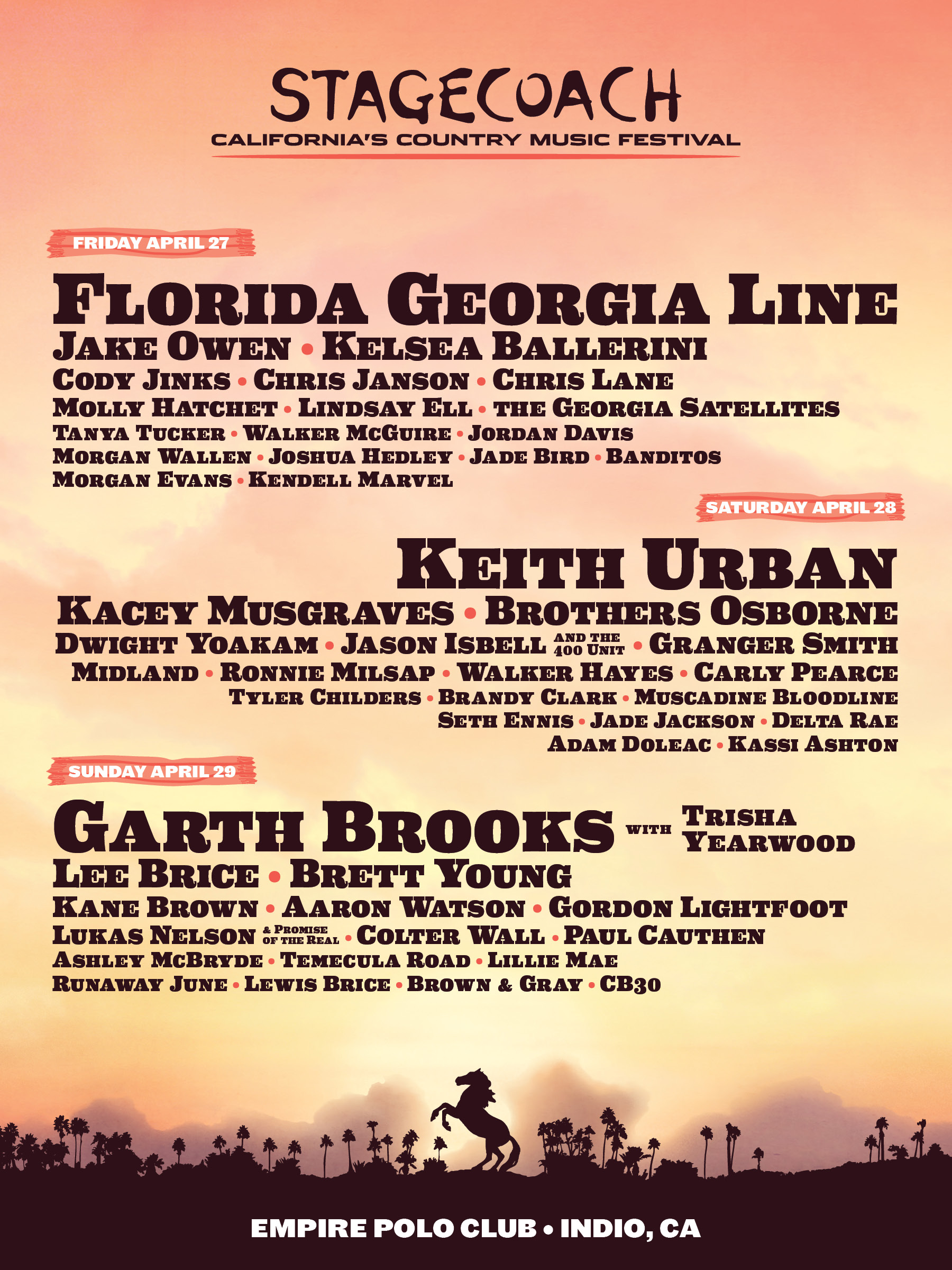 SiriusXM announced today that for the first time it will broadcast live performances and backstage interviews from the prestigious Stagecoach Country Music Festival located in Indio, California. The exclusive radio broadcast will air on The Highway – Channel 56 and will include backstage interviews and live concert performances from Florida Georgia Line, Jake Owen, Kelsea Ballerini, Kane Brown, Brett Young, Lee Brice, and more.

In addition to all the official festival activities, a special edition of SiriusXM’s ‘Music Row Happy Hour’ hosted by Buzz Brainard, will air live from Stagecoach on Friday, April 27.

“SiriusXM is proud to bring California’s country music festival to all of North America,” said Steve Blatter, Senior Vice President and General Manager of Music Programming for SiriusXM. “We know our listeners will appreciate hearing both the established artists on the main stages and all the emerging artists on the SiriusXM Spotlight Stage. We’re also thrilled to originate our Music Row Happy Hour live from the festival.”

SiriusXM’s Stagecoach Country Music Festival broadcast begins on Friday, April 27 at 12 PM PT through Sunday, April 29 and features continuous coverage of the three-day outdoor country music festival with live performances, artist interviews and commentary from backstage. Select performance highlights and interviews, including Dwight Yoakam, will also air later on SiriusXM’s Outlaw Country, channel 60. SiriusXM will continuously play the music of both emerging and established artists throughout the weekend-long festival and will air the previous day’s highlights.

SiriusXM subscribers are able to listen to The Highway, channel 56, on SiriusXM radios, and those with streaming access can listen online, on-the-go with the SiriusXM mobile app and at home on a wide variety of connected devices including smart TVs, Amazon Alexa devices, Apple TV, PlayStation, Roku, Sonos speakers and more. Go to the following website to learn more.