Let’s go round up some zombies, partner. But before we do that, let’s go over a checklist for a zombie movie.

A chemical outbreak that leads to a zombie attack. Check.
A group of unlikely heroes save the day. Check.
Tons of blood. Check.
Zombies. Check.

Those are your basic elements of a zombie movie.

Recently, we at GRUNGECAKE were invited to the private premiere of Mark Newton’s ‘Attack of the Southern Fried Zombies’ and it was quite the treat. Keep in mind that this isn’t your ordinary zombie thriller, it is zombie flick but has a lighter side to it. 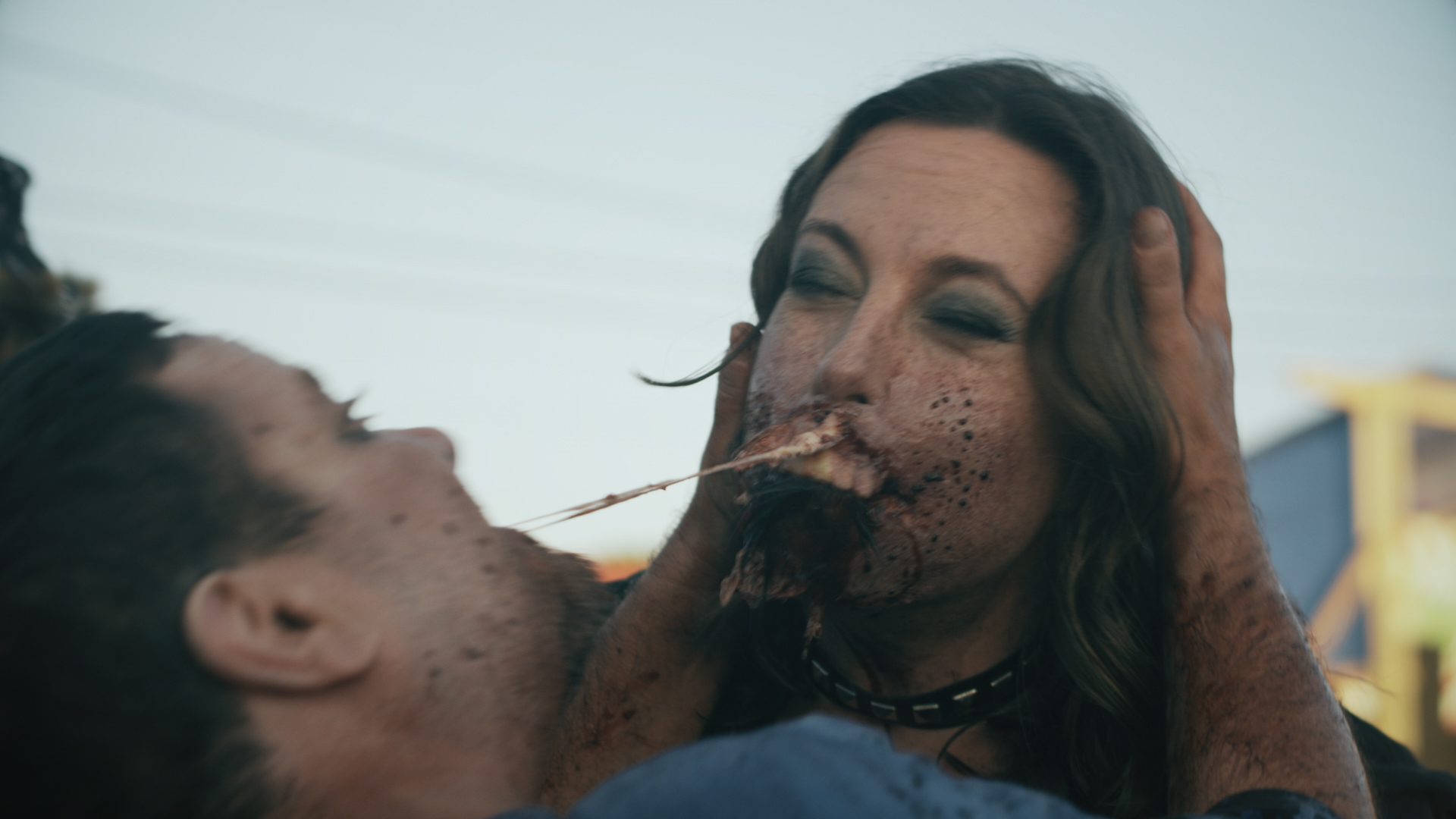 This film offers plenty of subplots and character development that jumps all over the place and it can be slightly overwhelming. There are a few scenes throughout the film that are a bit hard to sit through, but most of it is presented in a comedic manner. Attack of the Southern Fried Zombies is a small theatrical release, but it still packs a punch for any brain-craving zombie fan. The cast features a few familiar faces when it comes to a zombie apocalyptic flick; names like Johnny McPhail, Wyntergrace Williams and Moses J Moseley.

The film takes places in a small southern town of Charleston. What starts off as three mischievous youngsters looking for some greenery to smoke, ended with them making their first encounter with the undead. The mischievous group then reconvenes at a local festival and viewers are introduced to rest of crew.

A kudzu outbreak in the city has led a group of scientists to test out their new herbicide, Quadoxin, to help contain the wild plant. The Quadoxin is not the only thing that has this small town going crazy. Our unlikely heroes go later to find a connection between the herbicide and the zombie outbreak. Check out the digital release, now available online.

Attack of the Southern Fried Zombies