It has been a couple of years since we’ve published one of these articles. Life has a way of pulling you in different directions—even if it isn’t your intent. There’s good news, though. Beautiful people—unsigned to agencies—are far more visible within the touch of a button these days. With the rise of social media microblogging apps like Instagram and Tumblr still trying to hold on, it is easier to see beauty from all over the world. 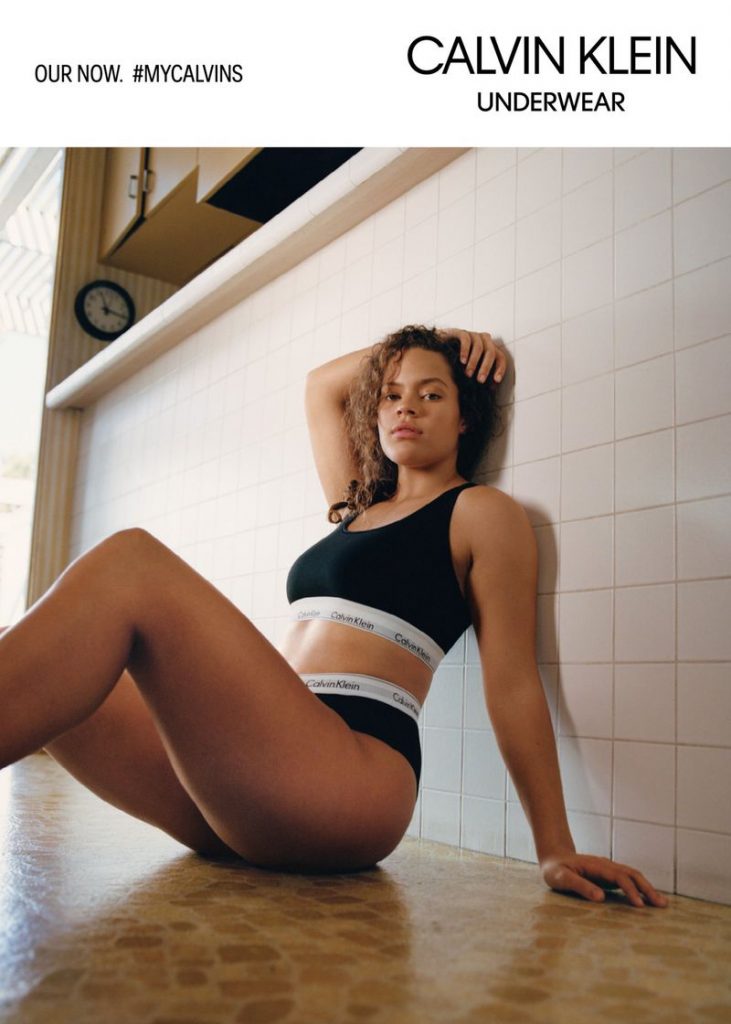 Today, we came across a nineteen or twenty-year-old model named Solange van Doorn. Prestigious agencies IMG/IMG Paris/IMG Milano/IMG London/IMG Los Angeles/IMG Australia represent her, but the stunning plus-size model has the approachable-girl-next-door beauty. Of course, being the music savants we are, immediately we thought about the Houston, Texas-native musician of relation to Beyoncé. As far as the American model with a Dutch background is concerned, she’s been working for a short while, but she has appeared in ‘All Passion Spent’ in Fall/Winter 2018, ‘IMG New York 2019 Polaroids/Portraits’ in Spring/Summer 2019, and ‘Calvin Klein SP19 Jeans Underwear Swimwear’ in Spring/Summer 2019.

Solange van Doorn has also appeared in a Savage x Fenty ad, which is lingerie by Rihanna, for anyone who isn’t aware. Since you’re here, we may as well take the time to share that Rihanna has also launched her fashion line ‘Fenty’ with LVHM. The Barbadian singer-slash-businesswoman is breaking new ground, according to The New York Times, as a result of being the first Black woman to have an original fashion house with the world leader in high-quality products. It is the first new house created since 1987.