$NOT, the twenty-two-year-old artist, recognized as the guy wearing a hoodie on the song ‘GOSHA’ just gave us a great fucking album. Somehow, that music video happens to play after every fucking video I have watched in the past two years on YouTube.

I said artist, not rapper, because this is not just a Rap album. Although the intro to the project is reminiscent of a modern Rap song, $NOT is just showing a little bit of muscle before he punches us in the face, makes us cry with him, shows us a little bit of happiness, then boom, he takes that happiness away and leaves us missing him. This album is stacked up like a mean older brother, who runs away from home once a year and eventhough he makes us sad, we still sorta love him. ‘Beautiful Havoc’, with no doubt, will be a fan favorite.

$NOT is going through some shit. We are all going through some shit. Something refreshing about this album is that, his outlook isn’t that he wants to kill himself, but he is genuinely sad. Too often we hear artists speaking about death being their only option. In ‘Life’, the third track on the album, $NOT talks more about how he just wants to be alone sometimes, and he also makes it very clear that he does not want to die. This is something we can all relate to, from time to time, even though there is a social stigma towards speaking about our sadness. ‘Beautiful Havoc’ is not just about being sad and depressed though. We see another side of $NOT with ‘Sangria’ featuring Denzel Curry and ‘Mean’ featuring Flo Milli. Both of the upbeat tracks provide a sound we can throw some shoulder and head bob with.

An interesting observation that I had, was how far extended the influences on this album really are. $NOT has multiple tracks, where the last twenty to thirty seconds are chopped and screwed. Some would say, tracks like ‘Revenge’ and ‘Havoc’, are influenced by JuiceWRLD, but, I don’t think that’s the case. I think $NOT found some sort of influence in bands like Soundgarden, Stone Temple Pilots, and Pearl Jam. In fact, ‘Revenge’ reminds me of the song ‘Jeremy’ by Pearl Jam, which is about a fourteen-year-old in 1991, who shot and killed himself in front of his classmates. ‘Beautiful Havoc’ is not an album from “just some rapper”. Instead, it is an album by a very versatile twenty-two-year-old with a vast array of music knowledge to his disposal. $NOT does NOT disappoint. Listen here now. 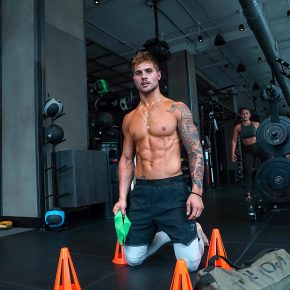 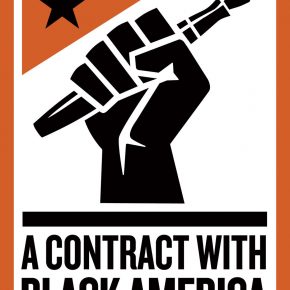