I’m sitting in a hundred-year-old bar in Red Hook, Brooklyn. The equal of Otis Redding is playing. Shazam could take away the mystery of the voice, but why ruin the flow of my intro? Eight people are sitting in the front room. I am the only one who appears to be on the clock. I am also the only one who has turned the historical bar’s table into a workstation.

One of my day’s many tasks is to write an introductory article about a new punk band from the suburbs of Denver. I’m not in a space that would bring me to that state of mind, but that’s the beauty of creativity. As the timestamped records ring through, I replay the conversation in my mind.

At any age, taking a plunge into the music business is no easy feat. Especially as an impressionable teenager. For the sake of description, it is like closing your eyes to jaywalk. I got my start when I was a teenager. I didn’t have professional guidance. Nor did I have anyone to shadow, but my mother and my belief in God got me through it all.

Furthermore, it was unheard of for a seventeen-year-old to attend college. Of course, we all had aspirations. Where I’m from, and at that time, most young people weren’t aiming to go to college. Nor was it an expectation within the community. Achieving a higher education was like an extracurricular privilege. Available, but not necessary. And because of my collegial pursuit, people within my community considered me to be different, cut from a cloth that wasn’t for sale.

Luckily, I went to art school. Like most people that I know, I was a child raised by a single parent, but I didn’t feel like I was. Therefore, my depression didn’t seem to come from that. It was depression sourced from a geographical disadvantage. Being from one of the best cities in the world isn’t always what it seems. Native New Yorkers suffer too. In certain neighbourhoods, even today, New Yorkers are without resources to increase the quality of life.

When I was growing up, young people left our communities to get more out of life. We had to find it in other boroughs. So imagine what creative teenagers around the world (in small towns) have to go through; Which brings me to debut record and visual for SKRVLLZ (pronounced as “Scrolls”).

As far as human history and the present shares, teenagers are usually sad or feel hopeless. As a result of that hopelessness, and sometimes self-abuse, young people can go astray. Depending on how depressed the teen is, it might be difficult to have a breakthrough with him or her. Inspired by the real-life experience, “Cold Lips” is a crushing song about being fed up with lies and the separation of body and soul. 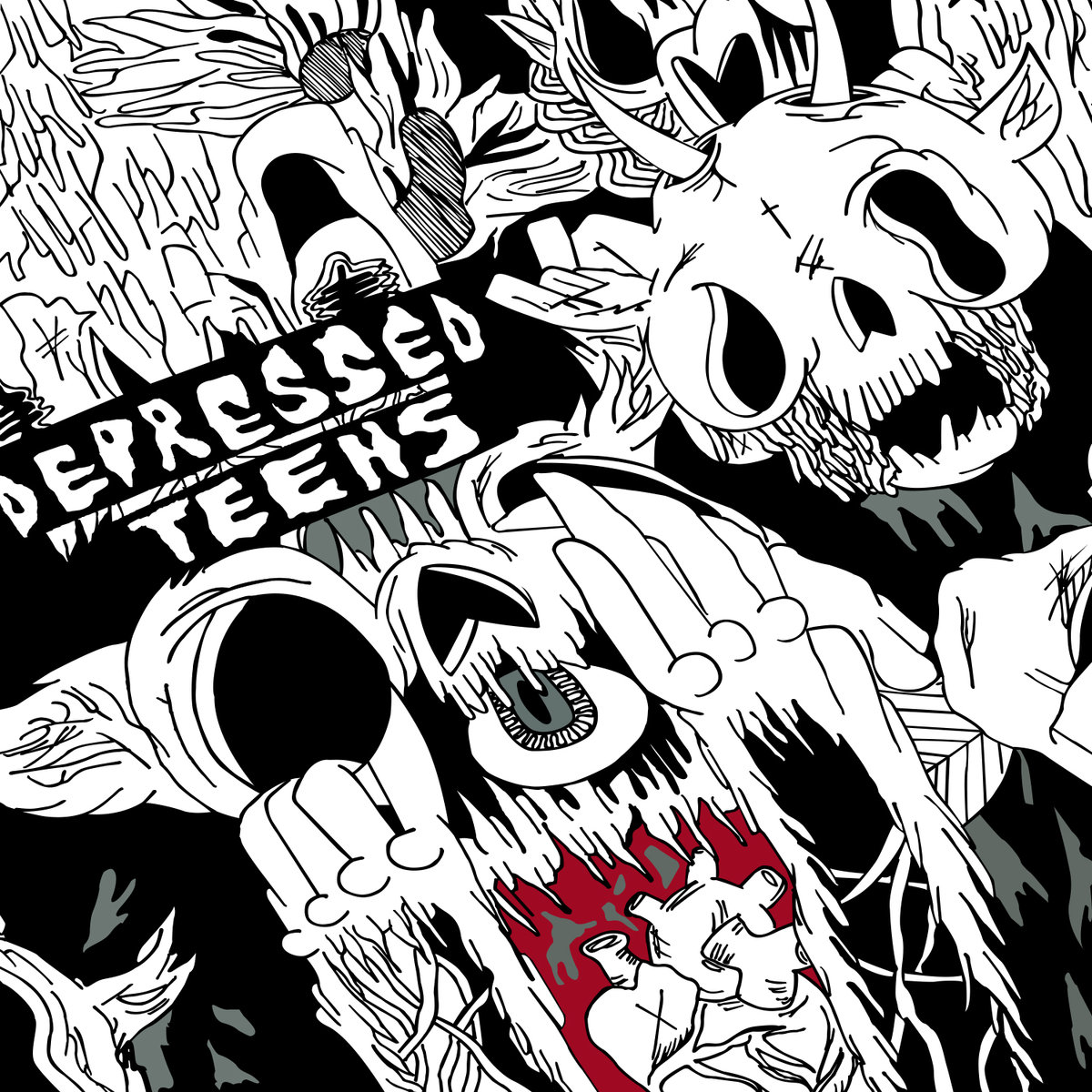 “I wrote the song a long time ago. [It’s about] love and heartbreak. Powerful love and not wanting to leave,” he shared.

“It just had to be depressing. That was the only plan,” lead singer April shared about the video treatment.

Next, I asked the group, “How do you get over depression?”

“Music. It makes you feel better afterwards. Music is the only cure for depression,” she replied.

Later, another member pointed out that unfortunately, all people aren’t curable.

SKRVLLZ is influenced and inspired by other bands like Slipknot, Decapitated, and other black metal and death metal bands. April, the lead singer, played the piano at church. Fellow lead singer Gxhztkid was a gamer and had aspirations to be a professional before music. Other members of SKRVLLZ include Vesthetic and Kers, who are producers. They met through their manager, King FOE, and their father. SKRVLLZ is composed of two brothers, a girlfriend, and a friend. Figure out the rest during your spare time.

Without further ado, GRUNGECAKE presents “Cold Lips,” a dark abstract video directed by Frank Morales. Morales is a local director dwelling in the state of Colorado. The group plans to work with him again in the future.