Skillibeng, one of Jamaica’s hottest new artists, released the official video for his song titled ‘Coke’. As he stands atop a car and plane, the 24-year-old performs a brook of edgy lyrics that may alert law enforcement. In a perfect world, stealing narcotics from a “floatplane” may be the way for a come up, but we wouldn’t advise trying this at home. Watch the visual below. The Beans Edital-directed video, which is #1 in Jamaica, comes as a follow-up to his song ‘Hot’. The inspiration comes from a real-life event that happened in Clarendon, Jamaica, the end of January. 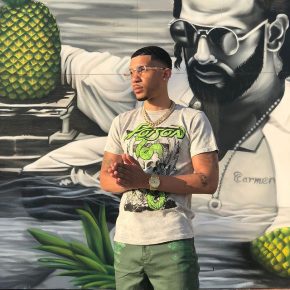