A world-famous author, a decorated film director, a Guatemalan-American producer, and a global ed-tech software leader are betting that Chicago will be the next big film production town—and that their technology can power the next generation of filmmaking.

A stealth-mode startup called SHOWRUNNER announced that venture capitalists from coast to coast have invested $4 million to fund its film production technology that promises to make billion-dollar waves in the entertainment industry.

The software company, which recently moved its headquarters from New York City to Chicago, was significantly oversubscribed with investors wanting to join the funding round. The round was led by Lightbank, with Craft Ventures, Gaingels, Allen Gannett (author of The Creative Curve), and several other angel investors participating.

SHOWRUNNER’s funding comes at a time when the streaming video industry is spending more on content than ever.

The company’s software tools aim to help both industry giants and independent creators to produce film content more efficiently—and to fulfill the company’s founding mission of getting Hollywood to treat their crews better.

Film is an industry that everyone wants to work in because the end product is magic, says SHOWRUNNER CEO Shane Snow. We think it’s time to stop taking advantage of crews’ love of film and actually start making the job easier—so they can focus on being creative and get home in time for dinner. And we think technology is the key to that.

SHOWRUNNER’s goal of bringing efficiency to Hollywood may sound challenging, but in an industry ballooning with costs and notoriously overworked crews, it’s a promise that has investors excited.

Film and TV production is incredibly inefficient, says Arra Malekzadeh, partner at Craft Ventures. SHOWRUNNER is tackling that inefficiency with software, connected devices, and data so crew members can focus on their art.

Though its tech was born in NYC, SHOWRUNNER’s team performed an exhaustive analysis of film and streaming trends around North America to determine the ideal place to build its home base, including a high-tech showroom.

We looked closely at Mexico City, Salt Lake, and other regions where we think the film industry is about to see outsized growth, says Snow. And after all that research, we’re all-in on Chicago. This city is going to be the next big production hotspot. 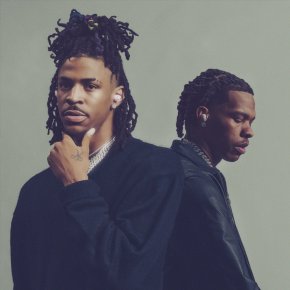