On March 6 in Amsterdam, the women of Boiler Room are collaborating with the global music women’s network SheSaidSo and Amsterdam’s Night Mayor Mirik Milan for an all-female DJ broadcast and networking event. 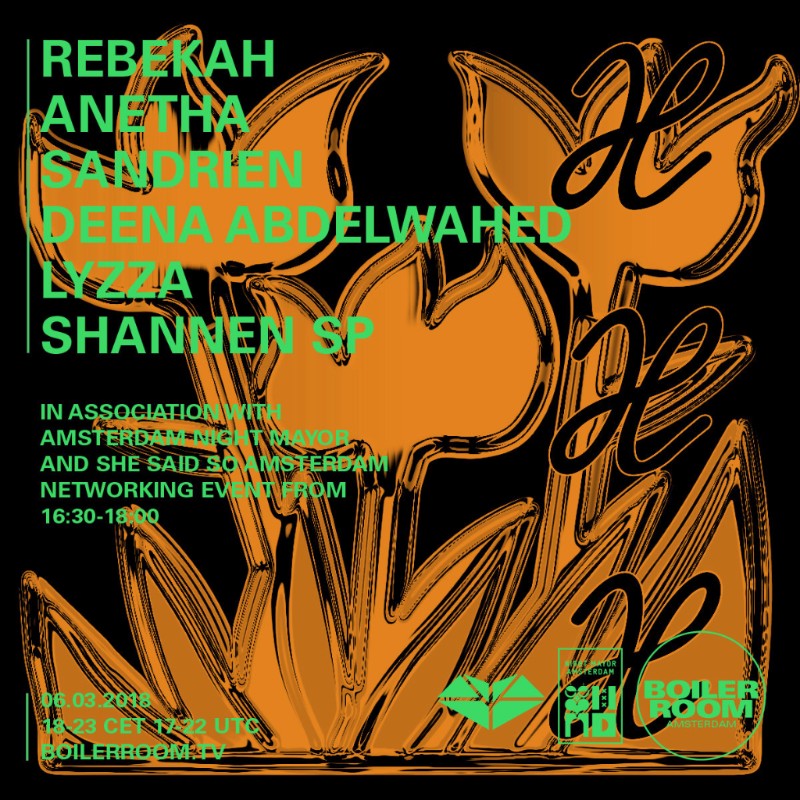 Using the Boiler Room platform to create change in gender equality in the club and electronic music industry, the day will start with an offline networking event focused on creating a space for organic collaboration and dialogue between Amsterdam’s female creators and culture makers that form Boiler Room’s extended community. This will lead straight into one of their signature party broadcasts at Skatecafe. They have a line-up of female/identifying artists, some homegrown and others handpicked from further afield.

Collaborating with Boiler Room is Amsterdam Night Mayor Mirik Milan and founding member of the Night Mayor movement Ella Overkleeft. Their independent non-profit organisation is dedicated to ensuring a dynamic nightlife in the city and building bridges between the municipality, small business owners & residents. The Night Mayor has changed the game through the power of mutual understanding. The introduction of 24hr permits for nightclubs in 2013 marked a huge moment for the city, a new license the Night Mayor was pivotal in achieving.

She Said So are the other partner for the event – the global network creating an environment for women in the music industry – SSSO supports collaboration, creativity & positive values; with professionalism high standards and a hard work ethics at the core of their mantra. Everything Boiler Room does is rooted in the energy of the club culture and its ability to bring people together. Open dancefloors; where music, ideas and people meet.

Boiler Room started with a webcam taped to a wall, broadcasting from a warehouse in London, opening a keyhole to the city’s underground. DIY at its finest; raw, uncut, homemade. As an independent music platform and cultural curator, we remain true to that history. Connecting club culture to the wider world, on screen and IRL though parties, film and video. Since 2010 we’ve built a unique archive; featuring over 4,000 performances, by more than 5,000 artists, spanning 150 cities, enabling everyone regardless of where they live to enjoy the freedom it stands for.

Our remit is to platform new music in new ways – sound on for the music and stories of the fringes of the mainstream.