Rapper Sheck Wes found himself in some trouble after getting pulled over for a traffic stop in NYC. The rapper was hit with two felony charges after cops reportedly discovered a gun in his car, TMZ writes. Sheck and three of his friends were driving around Harlem, in a 2019 Lamborghini SUV when he was pulled over for his tint being too dark.

According to the outlet, the car smelled of marijuana smoke, which led to the police searching the vehicle. Officers say they discovered a bag that contained a loaded Smith & Wesson 9mm. TMZ reports prosecutors charged Sheck and another passenger with two felonies, possession of a loaded firearm, and possession of a weapon. Sheck and his co-defendant were arraigned and released without bail. Sheck was also cited for driving without a license.

Sheck’s attorney Scott Leemon informed TMZ, “This morning, Judge Moyne, in the Manhattan Criminal Court released Sheck Wes on his own recognizance, with no bail. His case was adjourned to August. During that period, we will conduct our own investigation into the charges.” Back in January, Sheck appeared on the track ‘Gang Gang’ from JACKBOYS, a compilation project from Travis Scott and the Cactus Jack collective, receiving his initial recognition from his hit, ‘Mo Bamba’, in 2018.

He has been released. 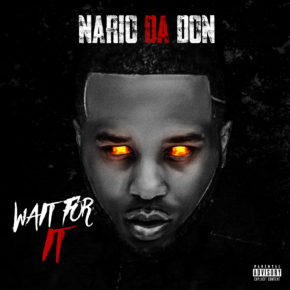