Tapping into a high-frequency or digging deep into his bag as we say here, Shatta Wale skates all over the tropical-influenced production to thank God and list the many reasons why he’s unmatchable. Addressing the naysayers and non-believers, he sings about what he’s earned and his worth. The Accra, Ghana-native legend has been making music since 2013. Creating under the alias ‘Bandana’ before changing his name for good, Shatta Wale made Dancehall music as an Africa-based artist, which wasn’t always popular. As someone who has been called an “unsung hero” within the last 24 hours, I am happy that he stuck to it and won with it. For most of us, if we survive, it’s only a matter of time before we get the life-changing opportunity and the world catches up.

One thing he isn’t short of is music. He releases music as often as American rappers today. If you blink, you might miss out. Without further ado, stream his extraordinary new release ‘Who Tell You?’ below produced by 10 Minutes. 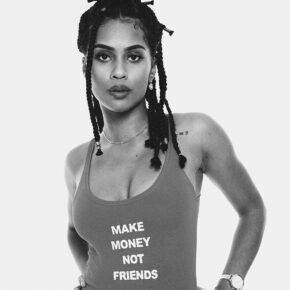