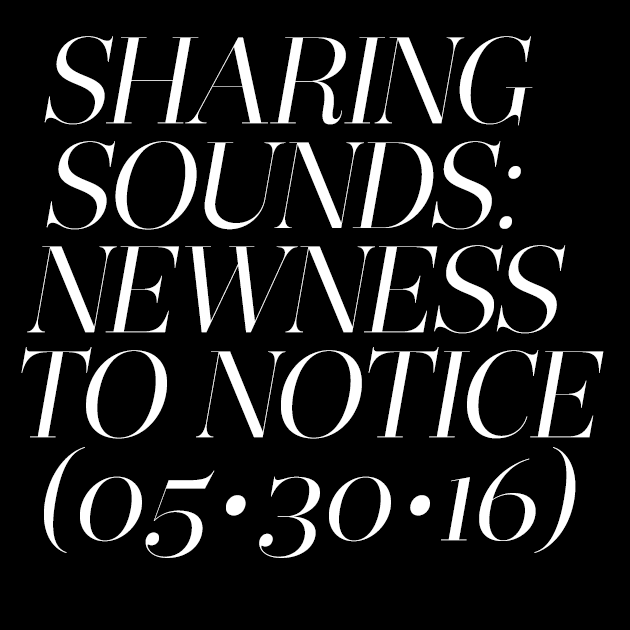 Back from a brief hiatus because I’ve picked up two new gigs since my last Sharing Sounds post, I’d like to share records that I’ve been listening to over the holiday weekend.

“Garlic and Oil” is just… Listen to it, and support the artist by downloading his free album, “Piatto D’Oro.”

Death Grips chooses the most interest images to represent their music, and nothing has changed with “More Than The Fairy.” A banana on a plugged in chord? Yeah, just listen to the song. Les Claypool from Primus is on bass.

“Vapour Trail” sounds less like what I’ve envisioned and more like Ol’ Dirty Bastard on a House record. Summertime vibes, BBQ pit smoke in the air, and the cold water dripping on your thighs from that bottle of Miller Light you just opened is what Lone’s latest reminds me of; Making you want to get up and two-step for the rest of the day. It comes from his 9-track LP, “Levitate” described as “a breakneck psychedelic journey through Hardcore, Jungle, and Ambient, clocks in at a fat-free 34 minutes.” They are not kidding.

WTF dude? How can the same human being create “Vapour Trail” and “Backtail Was Heavy,” and not be celebrated by everyone on this planet? That blows me. When the record starts, I envision a cool ass uncle named Leonard near the DJ table waiting his turn to turn the fuck up. He has a stack of vinyl, and he’s waiting to show off his Hardcore collection from 90s rave days. This track certainly has a 90s vibe, and I can feel an acid trip coming on in 5, 4, 3, 2…

Lil Yachty’s “1 Night” music video shows off the many reasons why the red-haired rapper cannot and will not have “no wife.” There is so much happening here, visually. Based on what I’ve heard in the lyrics, Yachty liked a girl, but she wasn’t faithful and had sex with everyone in his immediate surroundings, so she ruined it for every other woman in his life. Yachty that sucks, but she sounds sexually liberated to me. Go you!