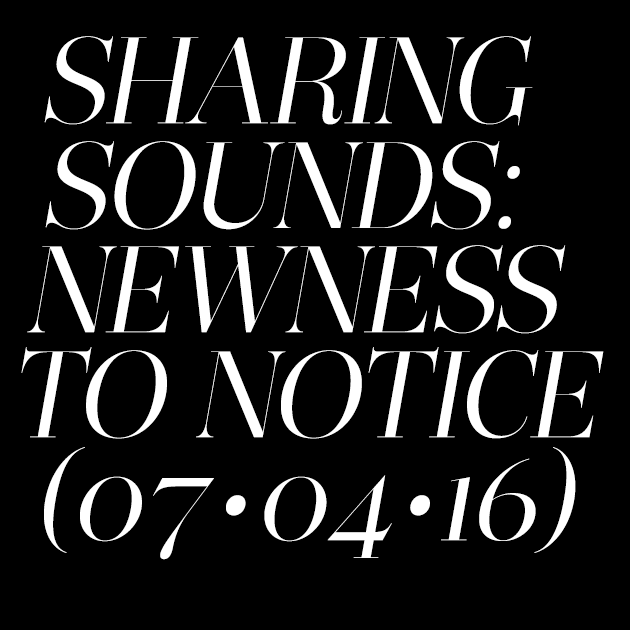 This week’s collection includes new music that I’ve played several times over the weekend. Bassnectar — one of the best DJs on the planet — uploaded the ultimate festival banger a month ago. It is called “TKO” and features MIA protégé Rye Rye and Zion I. The Santa Cruz-native producer described the record as “what happens in slow motion when an elephant lands in the center of a trampoline.” All about sharing good vibes with good people, the artist wants his fans to remember to feel sorry for those who aren’t loved. To feel sorry for everyone who hates on things without reason and to remember a hater cannot phase you when you’re on top of the world.

Hoping to God that she doesn’t delete this song and it stays up forever, one of my favorite people in music right now released a rap duet with her boyfriend called “Late December.” Chynna often walks the fine line of what feminity means (on wax) for girls who don’t wear pink every day and what it is to be a rapper’s rapper and an accomplished fashion model. Like “The Conversation,” this Lo-fi Trap tune is also produced by 5TH DMNSN.

Singer-songwriter Michael Blume’s “Colors” was remixed by London-based producer AObeats recently. The beat-thumping original is a masterpiece of its own but the updated version also deserves praise. Check out the Kick Kick Snare premiered track. Be on the lookout for his debut EP titled, “When I Get It Right.” It comes out on July 15 through S-Curve Records. He will perform live at Bowery Ballroom on July 26.

Airy, haunting and beautiful are words that come to mind when I think about “Six Feet Under” by Billie Eilish. Ellish is someone to watch. She reminds me of Lorde, Lana Del Rey, and Until The Ribbon Breaks. Her vocals are crisp, making it easy to understand her message and fall in love with her.

Majid Jordan is talented but doesn’t seem to transfer over well into the North American market. I’ve including the new video for “Make It Work” so my good juju can change that.

DJ Esco just released a new mixtape titled “Project ET” and there are 3 songs on there that I kept playing over the weekend. Above all, “Thot Hoe” is a standout track that you would appreciate as a Future fan.