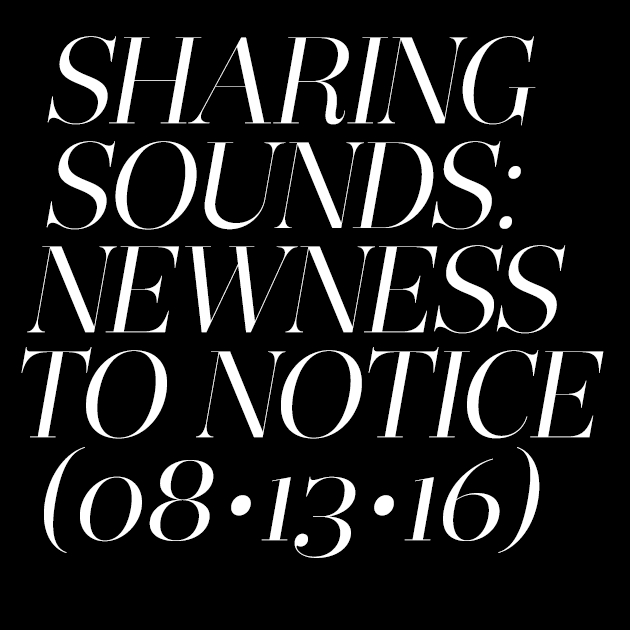 Yesterday Polly A’s single “Like We Used To” premiered on Billboard’s website. Moments after the singer-songwriter’s publicist emailed it to me. The carefree, light track is from the Milwaukee artist’s forthcoming EP, “Ghetto Gold Dream” out in 2 weeks. Stream the track, and see her live in New York City at Bowery Ballroom on September 19.

Ghanaian rapper Recognize Ali and Las Vegas-based producer Sultan Mir have a joint forthcoming album called “Too Visible To See.” It is a 13-track album made in mind for ‘Hip Hop purists worldwide’ with soulful melodies and hardcore boom-bap instrumentals. Bronx-native legend C-Rayz Walz, UG (of Cella Dwellas) and Planet Asia are all on the upcoming September release. Be on the lookout for more releases, and pre-order “Too Visible To See” on Bandcamp.

In July, Zaytoven, the famed Atlanta-based producer released a 10-track project, ‘Where Would The Game Be Without Me.’ Peewee Longway, Migos, Lil Uzi Vert, Young Thug, and fan-favorites like Future and Gucci Mane appear on the project. In February of 2015, Zaytoven and I talked about his beginnings, breaking artists, his book, and his other talents. Read the article via this link.

A month ago, theMIND (the Chicago-based artist who has collaborated with fellow Chicagoans Mick Jenkins, Chance The Rapper, Noname, Towkio, and G Herbo in the past) released his debut album titled “Summer Camp.” Each track from the 11-track full-length is smooth features spoken-word and mature vocals. Personally, I enjoy the break that occurs during “Sa Ve Thewo Rld” featuring Michale Anthony. A young woman brings theMIND’s sudden change of behavior into the forefront, to which he sings, “If things got different, we should just be friends then.” THEMpeople produced the majority of the album. Knox Fortune, Carter Lang produced on the album too. If you’re feeling nostalgic or sexy, and looking for something that sounds closer to Frank Ocean and Anderson Paak, press the play button. theMIND is just as talented. He will take you where you ought to go.

Love At First Sound’s 11-track album “AUDRA” is deeper than the project’s above. It deals with the reality of depression, being overlooked, hopefulness and more.

“Her voice always served as a guardian angel in my life, when she left me voice mails, I saved them and listened to them like music,” he said about his older sister, Audra.

It isn’t as polished as the others. However, its messages are vital inspirational and motivational. If you are a Drake fan and appreciate the OVO sound, you might enjoy Love At First Sound.

Zaytoven – Where Would The Game Be Without Me (Personal)

More than two weeks ago, he released a song titled “If I Meet Yeezy,” which is produced by !llmind.