Canadian recording artist ShaqIsDope rereleased music last night, to which has received more than 134K streams on Spotify. The pack includes five previously released songs–fan favourites–that weren’t on streaming platforms. Repackaged as ‘ShaqIsDope 1.5’, the one I like to refer to as “the real champagne papi” because of his Latin heritage, follows suit of several musicians who look to impact the marketplace as often as possible.

The opening track, majestically produced, ‘Plenty Days’ tells an autobiographical story about times in Shaq’s youth when he was hungry, and there was no rice to eat. Nothing was in the refrigerator, just the lights. Next, on ‘Losing My Soul, vulnerability dissipates; the confidence surges over the high-energy composition. As the record progresses, you get to hear how his lifestyle altered from his diaries in the previous track–getting deeper and deeper–letting you into his world. From sibling rivalry on ‘This Life’ to the temptation of purchasing a firearm for protection on ‘Regulate’, ShaqIsDope shows he is just like us, a human with familial problems and one that has been in the thick of it.

If you aren’t familiar with the Downtown Toronto artist, you have some catching up to do. The good news is that you can start by listening to the 16-minute 48-second project below. 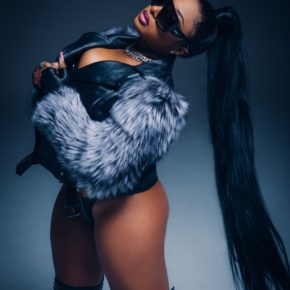