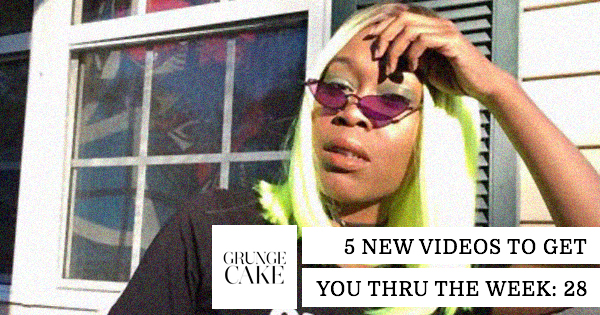 One of the most exciting artists I’ve ever worked with, ShaqIsDope, released the official video for his song, “Power.” Toronto’s finest heads to his neighbourhood to show where he’s from. In the lyrics, the talent talks about allegedly switching up, the environment he grew up in, and wanting his respect.

Soon after, former NBA player, Shaq, with the same name, also shared it on his Instagram. Watch the music video below.

Since then, the rapper and the retired athlete have teamed up to diss British comedian, Big Shaq. The record has made it way around the internet.

YouTube is the best place to discover new artists because of the visuals. So as an influencer, I make decisions concerning coverage at in real-time. First and foremost, BbyMutha’s look and delivery are what a lot of ‘up north’ female rappers try to achieve. Secondly, the young Chattanooga-based mother’s fresh perspective on what happens when you give a novice some pussy is marvellous. I’d like to see her in a live setting, soon. I think she’s going to breakthrough (in a real way) in 2018. In the meantime, she has a gang of records. Listen to them all on SoundCloud.

There are tons of artists making music. Creative people will feel the need to express themselves until the end of time. Luckily, I get to hear most of the “ready” music on a daily basis, but here’s what sets some artists apart from others. When an artist understands the importance of the imagery and its execution, they bubble to the top of the pot. BAER, the Contemporary R&B artist, who sings about meeting her at the river isn’t exempt to this rule.

I know she isn’t from China, but there are two rivers there: The Yellow River and the Yangtze River. Based on my research, it is “an integral part of the daily life of people in South China.” Do you think there’s any connection?

BAER is from Taipei, Taiwan.

From the rapper’s new extended play, Take A Trip, comes the official video for “Hood Dreams.” As most musical authors in the world of Hip-Hop, the New Zealand rapper talks about wanting more out of life: Particularly, a nice car, a house, and a wife. Inspired by a time before his, I cannot help to think of Brand Nubian, a legendary Hip-Hop from New Rochelle, New York. Do you see how Hip-Hop travels? Watch as IMAG€ drives around the city in a clean Mercedes-Benz.

Swedish singer Weaver released a stellar animation video for a song called, “Boxes.” Because of the commonality of technology, it doesn’t take as much time to produce a video. So spending a year and a half on anything isn’t a light matter. That’s tenacity. Personally, I think it is admirable and shows a rarity. For that, I’d like the video to get as many views as possible. Watch the new video below.