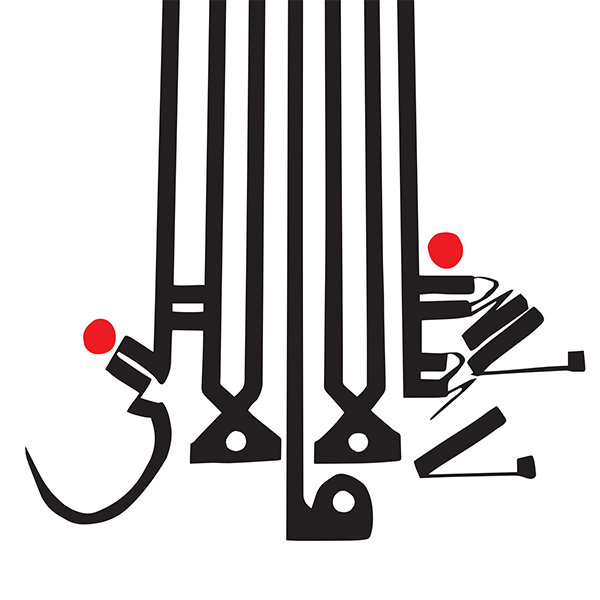 Shabazz Palaces’ acclaimed new album, Lese Majesty, has earned the group its highest chart position in the U.S. to date, entering at #58 on the Billboard Top 200, #6 on the Rap Chart, #7 on the Independent chart and #3 on the vinyl charts, with 4830 scanned.

At radio, Lese Majesty debuted at #16 on the CMJ Top 200 albums and #4 on the Hip Hop chart. In other news, Shabazz Palaces will appear live today onKEXP (@3pm PT). Additionally, the group will appear on NPR’s “Bullseye” next week, Tuesday, August 12th.

Lese Majesty has earned international praise from the likes of the The Guardian, NPR, Entertainment Weekly, Rolling Stone, Pitchfork, NME, Slant, The Wire, Clash, The Observer, Consequence of Sound, Stereogum, The Fader, Exclaim, The Stranger, Seattle Times, Seattle Weekly, and many more. On a related note, Shabazz Palaces was also recently profiled by the New York Times for a Sunday arts feature (see August 3rd feature).

Lese Majesty is available for purchase on CD / 2xLP / CD from Sub Pop Megamart, iTunes, and Amazon now. The double vinyl version is housed in a “shark skin” embossed jacket and includes a fold-out poster, and an etching on side D.

What people are saying about Lese Majesty:

“These aren’t condescending “Real Hip-Hop” platitudes: this is a call to arms for hip-hop’s creative fringe to snatch the reins from a power structure more interested in self-preservation than the advancement of the culture. The soul of Shabazz Palaces is pairing next-gen sounds with classic brass-tacks show-and-prove emceeing, and Lese Majesty tugs those extremes as far as they’ve ever been pulled; that it never shows signs of wear speaks to the strength of the bond.” [Review, 8.2/ 10] – Pitchfork

“Lese Majesty feels more now, than then. In mirroring and transcending the schizoid, rootless form of digital society, it’s an attempt to help people cope with the culture. Like floating from level to placid level in Monument, listening to this record prompts your imagination and encourages discourse and reflection. Not the academic kind, but the kind of communal discovery people have been doing for ages.” [Review, 9/10] – SPIN

“Raw, graceful tunes… As melodic as much of Lese Majesty is, the words might be the album’s most important element. Close listeners will find brilliant inventions and plenty of quotable passages.” [First Listen] – NPR Music

“His dazzling feel for 21st-century psychedelia pushes this well past nostalgia tripping–and while the verbal abstraction gets thick, there’s serious pleasure in plumbing it.” [Review, 3.5 / 5] – Rolling Stone

“Shabazz Palaces have made the best album of the year…not so much a mysterious transmission from some unknown point in deep space, but more like echoes from the future ghost of our planet. Earth used to be here, where the music is, but now it’s gone. Planets can become extinct, but raps can live on, disembodied and numinous.” [Review] – The Stranger

“The lovely sense that you’re listening to an album genuinely unlike any other is pretty overwhelming.” [Review, 4/5 ] – The Guardian

“The Sub Pop duo cement their place as the most forward thinking act in hip-hop” [Review, 9/10] – The Line Of Best Fit

“Lese Majesty is as much a challenge to your musical psyche as it is a weirdo dance show. Ultimately, it’s another liberating contribution to the future of hip hop.” [Best Albums of The Week] – Alarm Magazine

“A zero gravity dreamworld with a galaxy of beats.” [Review, 8/10] – Drowned in Sound

“Shabazz Palaces are often as mystifying as they are mind-bending, but they’re in a class all their own.” [Review, A-] – Pretty Much Amazing

“…The laudable legacy of the past lays the groundwork for endless possibilities in the future, and Lese Majesty stands as the best application of those ideas within a unique musical ecosystem since Sun Ra. Monolithic and magical, the album exists in a fantastical space just outside the genre’s usual perimeter, keeping its references odder and more compelling, crafting an inimitably consistent musical experience.” [Review, 4.5/5] – Slant Magazine

“It’s a grander, more ambitious record than their debut…But it’s also a record that never spirals into pure indulgence: put simply, just like countless hip-hop classics before it, it knows that all the experimentation in the world doesn’t mean shit if the beats don’t bump and the rhymes don’t hit. [Album premiere] – FACT

“Few words can do justice in paying tribute to a record that is one of 2014’s only true greats.” – Loud & Quiet

“If you’re after blunted beats and wordplay that reaffirms your belief in rap as urban folk music, then you’re in for a shock. But for anyone looking for a mind-expanding trip to the outer edges of the solar system, these rap futurists are your guides.” [Review, 8/10] – CLASH