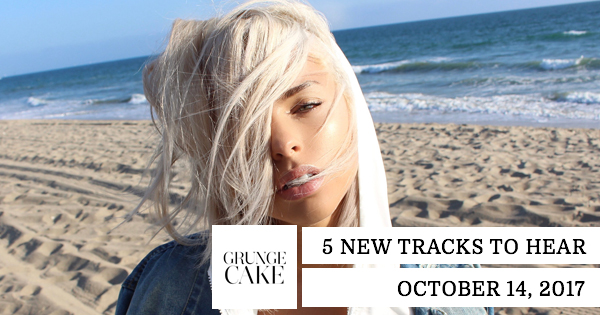 I dreamt of being famous when I was young. I would imagine the cars I would drive and the house I would live in along with every single purchase I wanted to make, like buying dinosaur bones. Sara Phillips embodies this feeling perfectly with her amazing vocals in her track titled, “Rich and Famous.” I can picture watching her sing this in a live setting while I sip on champagne; eating caviar with crackers. Yeah, as a matter of fact when I see her live I’m bringing the champagne glasses you bring the champagne, caviar and crackers. I’m not rich or famous yet. (Thirston Howw)

Fifi Rong – The One (Submitted)

In a Caribbean-influenced soundscape, sultry singer Fifi Rong sings about the one. The one, most of us hopes to cross paths within our lifetime. Fifi Rong, the songwriter and producer for the record, shared the following about the lover’s anthem.

“In recent years, I have been going through a fairly ruthless process of writing and song selections. I write lots and lots of ideas and only develop what I consider the very best of them into full productions. “The One” was amongst one of the more interesting songs. It started it off with a bass line and some keyboard grooves.

I thought this was pretty cool, and the song came quickly. Later on, when I was developing the song into a full production, I was told that it had a ‘dub reggae’ vibe and I hadn’t realised. I’m just a bass junkie. I guess my love for bass has become embedded deep in my subconsciousness.”

Personally, the 90s MTV-watcher wants to see a music video for this track. Well done, Rong.

Just when you think you’ve gotten a grasp on what’s out there, it seems that a boatload of musicians emerges out of nowhere. Which brings me to a new rapper named Aurora Anthony. The latest track from the Lower East Side, New York City-based artist details his escapades with female groupies of different ethnicities, and his collaborators, Mista Splurge and Quirko.

Tubes hum, Technics speakers fired up.
“Sonic Youth on Bad Drugs,” I want to spike some up.
Joy Division / Depeche Mode vocals, I eat it up.
Production value, I don’t know shit, seems legit enough.
Come to Denver, please, and get that guest list out.
Not writer, but on Tuesdays, I can spew some stuff.
If it was then, and I had a life, I might wait in line for ya.

Skypepaint, one of the most talented new singers in Newcastle, Australia, thinks it may be his fault that the sun doesn’t shine. If you don’t think the lyrics for “Maybe It’s My Fault” are deep, you don’t have a soul. Branded as “Synthpop from a pub rock city”, the raw words speak from a place of bravery and stepping into the unknown.