Picture this: A 6 level gallery, with over 20,000 visitors a day, devoted entirely to Hip-Hop styles, Rock N’ Roll, skating, graffiti and urban fashion. In the heart of São Paulo, the largest city in Brazil (and South America), the Galeria do Rock (Rock N’ Roll Gallery) has been influencing alternative fashion and styles since the 90’s. But in the last few years, the Galeria has seen Hip-Hop culture carve out a niche within its six expansive levels, and is now serving as a cultural fashion hub of many styles for all of Brazil.

I used to stop by the Galeria in the late 90’s on the regular to pick up bootleg Nirvana CD’s and band t-shirts to bring home to the U.S. and brag to my friends:

“Peep all this exclusive swag I just copped! You’re not gonna find this anywhere!”

It was a special place but when I visited recently, it was clear how it’s current significance as a style hub has grown with Hip-Hop culture finding it’s way into the mix.

The newer stores were sporting everything from sneakers and hats to shirts with your fave MC’s on em and still CD’s galore. And this was some legit stuff….I’m talking really dope kicks like Nike Air Force One’s, New Balance, Asics and Converse that I’d never seen before: 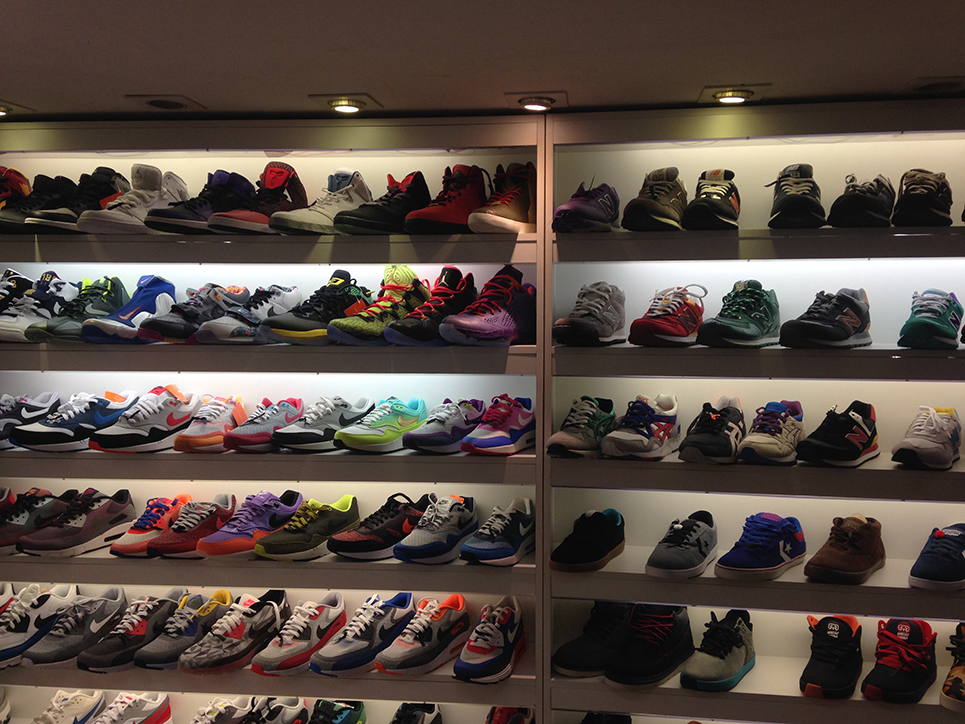 The Hip-Hop kids were walking the halls of the Galeria along with the rockers and the goths and the skate shops were right next to the graffiti supply store. I was amazed at the evolution of the Galeria. This place was poppin’ off… 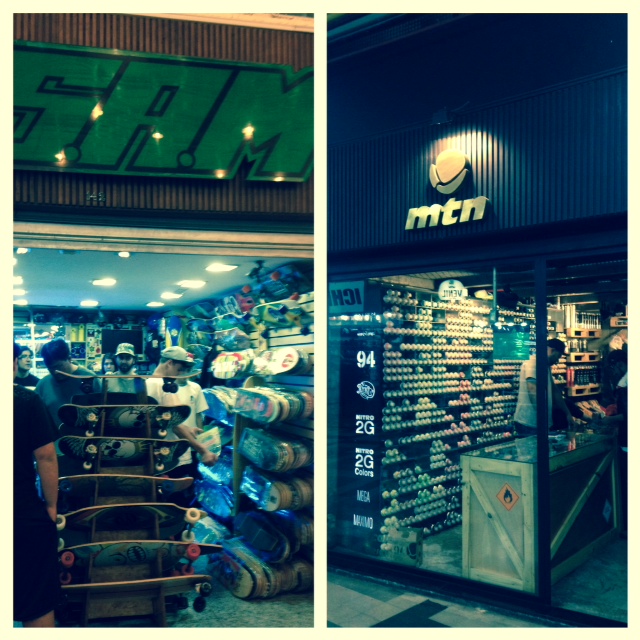 I stopped in to Kings Sneakers and talked to the homie PL, who told me that “The Galeria is where peeps who want to dress differently and find exclusive gear come shop. It’s the alternative clothing center for not just Sao Paulo, but all of Brazil.”

I thought this notion was so dope… Cause the Galeria evolved the same way I did… From an Alterna-rock kid to a Hip-Hop head, and now someone who has mad love for both.

It was cool to see my native Brazil rockin’ the same threads we do in the U.S. and yet still kept their identity as peeps who love classic Rock and Metal. It just goes to show that we’re not much different from our brothers and sisters in South America and that Hip-Hop, Rock N’ Roll and the accompanying style trends are indeed global y’all!

Peep the the image gallery below and the super dope Kings Sneakers (@Loja_Kings) and (@GaleriadoRock) on Twitter.