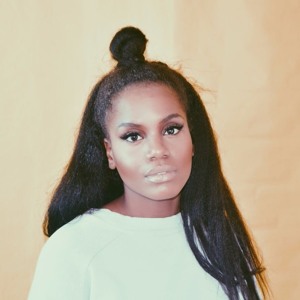 Hybrid Trap: What is that? When it comes to “Reflux” by a Minneapolis-based producer named TW!GG$ZZ that’s what it’s called. The soundscape transitions from the hard industrial EDM sounds to calming moments in its production that gives off a (warm) human sensibility. Stream the outstanding record below. It is out now on Playing with Monsters, a Los Angeles-based record label. Have it with a morning brew.

When we first received it, we thought it was an inquiry from the esteemed producer, Kaytranada. Instead, it is a female vocal led record bearing his name. Watch the new animated video for the love song now. It is by a singer-songwriter named Sandy Scribbles. She is from the Pompano Beach area of Florida. According to the artist, she landed placements with home state legends like Flo Rida and Trina. Nonetheless, she wanted to release something of her own. We think it is enchanting, the kind of track to help the transition from REM sleep to vibrant thang.

If you’re looking for a pick me up, here’s the record. The funky discotheque sound is the best way to irritate and wake you up all at once. Check out Patawawa’s “Patagonia” now to get your morning party started.

Some people cannot stand the sound of drums and guitars when they’re on the verge of falling asleep? Have you ever lived on top of a music venue? We didn’t think so, but if you did, and Tara Beier rehearsed “Forgiveness” in the morning… you wouldn’t forgive the Toronto-native singer-songwriter.

Just make the first ten seconds to be a looped tune for your alarm clock. You’re bound to reach across the room to make it stop. Hear “Vapor” by the singer-songwriter Saro below.

For some of us, it is disheartening when we have to wake up in the morning. Personally, we don’t have that problem, but plenty of people around the world do. We think the lyrics for Jen Awad’s soulful track is best for that sentiment. Hear the latest track from the Peruvian-Egyptian power singer below.