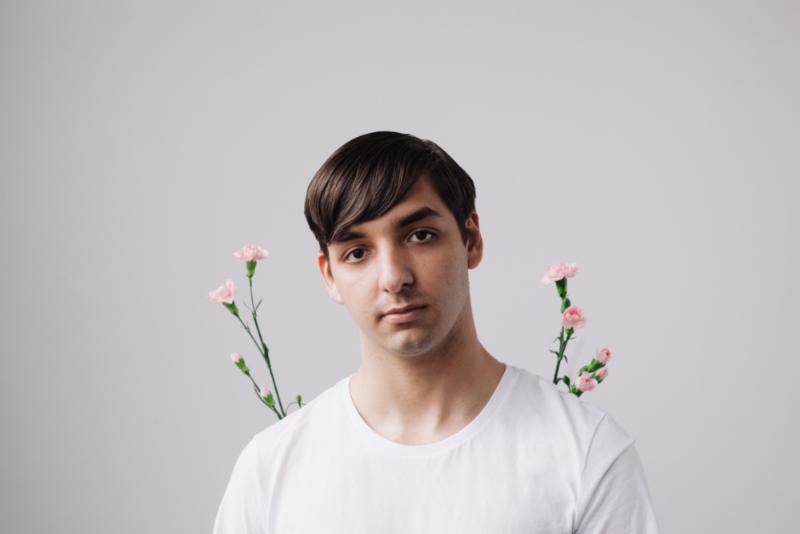 After a big 2014 that saw the evolution of his sound grow from his roots in sample-based music to pure pop with his debut 7” for Carpark Records, Ryan DeRobertis is back today to announce that Saint Pepsi is no longer due to legal reasons, but his project will continue on as Skylar Spence. The name’s genesis is a play on a character name from Woody Allen’s “Everyone Says I Love You,” which is apt given samples from that movie appear on Hit Vibes and that in the movie “the main personal relationships and romances are conveyed in a very surreal and melodramatic way,” said Ryan. In this way it seems a perfect transition for DeRobertis given the sound of his most recent 7”.

To celebrate the change of project name and tide fans over until the release of his debut LP in 2015 for Carpark, Skylar Spence is sharing the teaser for a new song. It also comes in conjunction with the announcement that Skylar Spence will be performing at this year’s Hangout Fest in Alabama, as well as DJing with ILoveMakonnen collaborators Phantom Posse at Silent Barn in New York. Moving forward, all Skylar Spence live shows will feature a full band — this set up will debut at Hangout Fest and be showcased at festivals all over this Summer. Check out the new song teaser above and see below for Hangout Fest details.