Finding love seems to be an exciting time for many people, however, when that love is lost there is usually a void left in one’s heart, which only time can heal. Releasing the official video for ‘Violent Rose’ featuring Matt Diana, Saint Germain shares the agony of losing his lady and the coldness of her heart towards him. The video directed by Eddie Pyram, follows the story of the two lovers. As scenes switch between Saint Germain rapping in a room of his apartment and the events of their relationship, we get a peek into his experience. Matt Diana who provides a smooth hook, spends the majority of his time on a piano topped with a few roses. Also seen throughout is a ballerina, who’s dance is a sort of interpretation of the scenes. The couple argue, they fight and she wants out, but he won’t leave without a fight, leaving the video with an unexpected ending. The video is then capped off with an important message for those who may be experiencing or who may need to be aware of the seriousness of domestic violence. Overall, this song is pretty good, honest, and relatable for many. 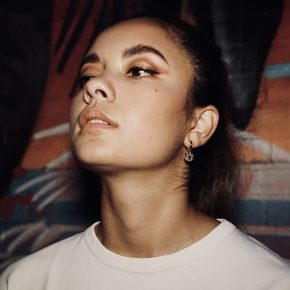