Ro Ransom: I’ve always been this artist in my head – GRUNGECAKE 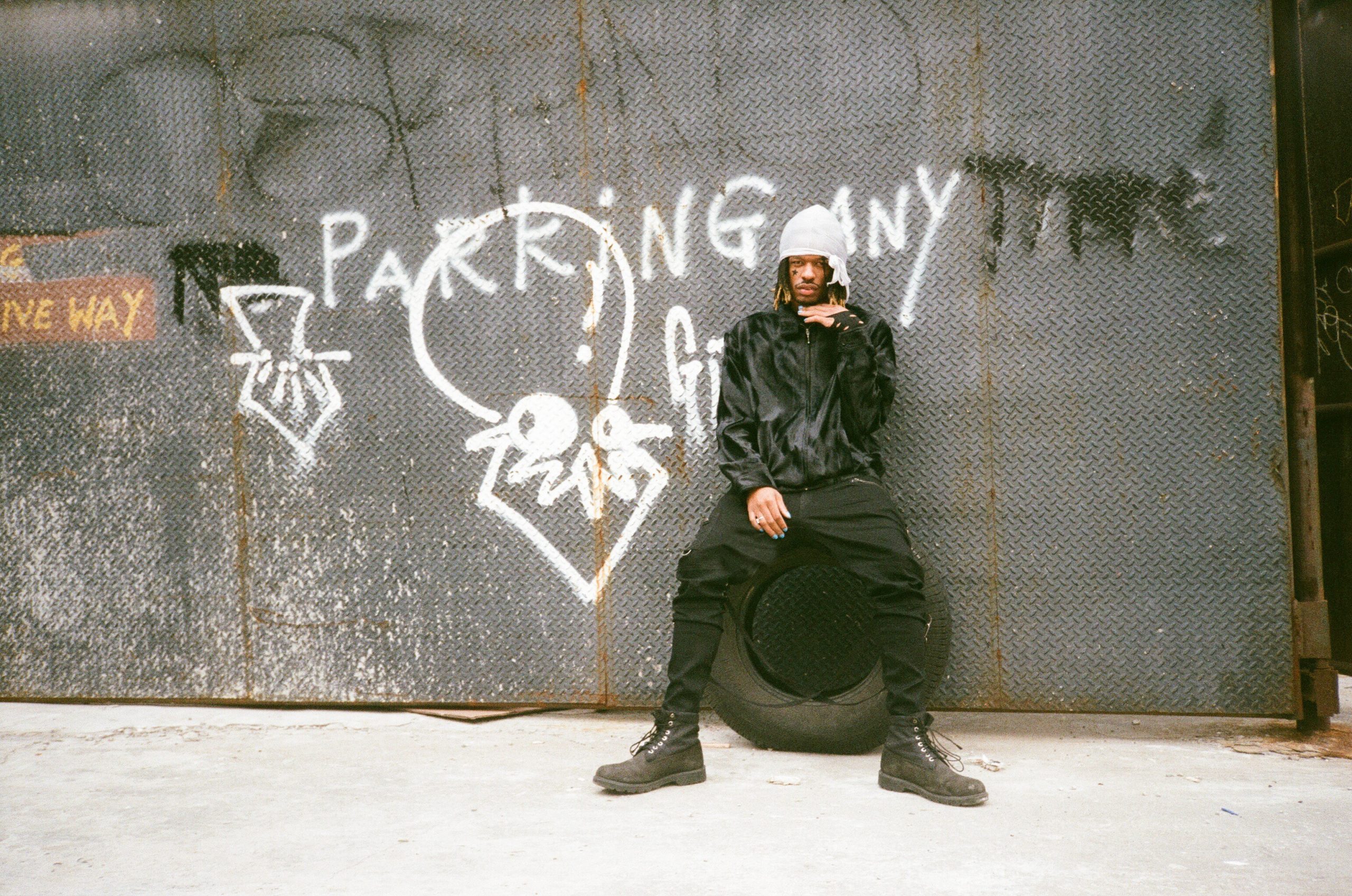 Ro Ransom, one of the youngest recording artists I have had the honour and privilege to meet, interview and support over the years through his alluring metamorphosis, is back with an arsenal of weaponry, in the form of an EP, on the way. Last year, the phenomenal New York City-native musician toured with Witt Lowry and Dua Lipa, who GQ says is ‘changing the rules of pop music’. Earlier this month, the make-up wearing Mystery Boy released a single from the project titled, ‘Wraith’, and formally announced the ‘Possessed’ EP with Ebro Darden on Beats 1. There’s no date on its release yet, but it’s coming this season! And if that isn’t enough to blow your head top off, the enigmatic rising star also wrote for Khalid’s debut album, ‘American Teen’, receiving proper writing credit for ‘Let’s Go’, a hand-clapping and feet-tapping track about moving along and feeling good about it.

It’s a very special song to me for a lot of reasons. I was working on this project and I knew that there was a darkness in me that I didn’t express yet. I knew the rest of the songs expressed a bunch of different things, but there was still something that I hadn’t gotten off of my chest yet. ‘Wraith’ ended up being like the last song. It was super inspired by Destiny’s Child, actually. I don’t know if anyone realizes that, but we—me and the producer—spent the entire day listening to Destiny’s Child, and I was going through a breakup. I was high out of my mind. I was kinda in a dark place, but you know what—and I’ll take a step back—this whole project is kind of about music that got me into music. Destiny’s Child is one of those groups who made me love music. Also, they were always talking about how their man ain’t shit, and the tumultuous relationship content they were talking about back then. It just all came together really quickly actually. It was probably like a thirty minute, hour-long process that just happened to flow out of me, so that’s how that song came together.

On his metamorphosis as an artist

I’ve always been this artist in my head. You know, I’ve always been layered—as far as what I like, and I think it’s a lot because of TRL. I grew up, just being exposed to so many different things, and so many different styles, that you know, the same way I do a ‘Floetry’ and I’m rapping, and what may have you, with ‘Wraith’ and the next single that’s coming out—it’s all… I’ve always had this in my head. It was just a matter of growing up and being bold enough to explore it. It was always something that intrigued me. I’ve always been driven by pop melodies. Justin Timberlake is my favourite artist. Nelly Furtado’s ‘Loose’ album changed my life. I kind of think that that stuffs always been there, a little bit, and now, I’m leaning into it more. I just feel like I’d be lying if I didn’t express that side of me.

On whether he feels he has creative freedom and liberty

A million per cent. I know I have fans that want to hear me snapping all the time, and I’ma still give you that, always, you know, but I can’t… Fergie is a part of me. Gwen Stefani, 3LW, Aaliyah. Aaliyah is, you know when people ask me to explain my sound. I just tell them that I’m like if Aaliyah was a rapper. She meant the world to me, even as a seven-year-old, or however old I was. You know, I just knew she was fire. I knew she had her own swag. I was impressionable. I think that really led to the artist that you see now, and me just fully accepting and being confident in who I am. Whether that is with the makeup, or the arm sleeves, or the jewellery or whatever. I don’t know if this is my final form, but this is much closer to my final form than anybody’s ever seen.

What ‘Possessed’ means to him

The origin of the title: I was actually on the train one day, and I could feel an anxiety attack coming on. I don’t know what it was. I think we were stuck underground. It was one of those super packed trains, and I was shuffling through my music and Kanye West’s ‘Guilt Trip’ came on—off of Yeezus—and for some reason, it just reversed my symptoms. Like, I was just fine. You know, I got lost in the music, and I was like ‘Wow, it’s kind of crazy how that song kind of possessed me for a second.’ And I was like, ‘Wow, I need to make a project of records that can do that to somebody—that can just have people loss—and it just needs to be very raw and emotional. As I started making records I started realizing that when I get into that bag, when I go into my more emotional side, those records lean more toward my melodic shit. They lean toward all of those influences, so it could also be said that I’m being possessed by my female influences, all that stuff that I grew up on. I’m leaning more into my feminine side, those emotional topics, those vulnerable lines. That’s really what this EP is about.

Current favourite record on his EP

Right now, honestly, my favourite record on the project… Wow. It’s weird because it’s like choosing between your kids. Right now, I’d have to say my favourite record is ‘Take Control’. It’s kind of like the title track to the record. It is about that breakup. It’s me, kind of, expressing the rawest, most vulnerable most… like it’s probably the weakest lyrics I’ve ever written, in the sense of, just at a very fragile point in my life. I didn’t know, you know, I was with that girl for five years, so it was just like, ‘Who am I?’ So, I had to kind of figure out—and in that record, you hear figuring all of that out again—and I think that is a very direct example of the larger point of the project. It’s like, ‘Okay, this is my—I’m letting you see me with my guard down.’ I would say it is the most indicative of what the project is.

Ro Ransom says the ‘Wraith’ video is on its way. It’s actually a continuation of the ‘See Me Fall’ video that he put out a couple of years ago. “It keeps the narrative going of a larger story, so I’m really excited about that. We have a video coming for the next single, which is called ‘Wake Up On You’, and I love that record. That record is all part of the same story, of the journey of self-discovery and understanding why I am the way I am, why I do the things that I do, and so, yeah, we are definitely going to use that video to tell that story. I’m super excited about the ‘Wraith’ video. I can’t wait for people to see that. It won’t be long.”

It’s been a long time ago coming. As mentioned during our phone call, I got in trouble for writing and publishing an article about Ro Ransom’s two-year-old release, ‘Talk Too Much’, which now has more than two-hundred thousand plays on SoundCloud. It was the last article I wrote for the legendary publication. I look forward to the day when everyone gets on board. It’ll be great for all parties involved. In the meantime, let’s celebrate Ro Ransom now by supporting him and spreading the word about his talent!

He released a freestyle to ‘Thong Song’ a day ago. Listen to the hilarious, boisterous that speaks on his tour with Dua Lipa (52 dates) and more below.