Rihanna joins Kate Moss in the line-up of celebrities who have posed nude for Lui [He] Magazine, and the images are hot! Rihanna is on fire with her recent conquests in fashion (River Island and Balmain campaigns), in her personal life with unconfirmed reports of her relationship with Drake, and upcoming in August, Rihanna and Eminem will be co-headlining a series of stadium shows for their Monster Tour. Not to be outdone by any other female artist of the moment, she’s following up with fierce appearances on covers guaranteed to heat up our Summer.

Take it off, again

Rihanna has teased and taken it off for a slew of magazines including but not limited to V magazine with Supermodel Kate Moss, British and American GQ, Esquire, and a recent topless wet-n-wild Vogue Brazil shoot.

Although the bad gal is uninhibited most of the time, none of the images found in her prior magazine appearances or taken by paparazzi holds a candle to the images from the French magazine. The cover is NSFW with a prominent image of her pierced nipple, and gone are the Janet-Jackson-wardrobe-malfunction-excuses and income the welcome full monty nudes. Rihanna can be seen bottomless in a child’s pose Yoga position, and seen sunbathing while being partially covered. In short, get ready for tan lines galore, a shameless pierced nipple, boss bitch tats, and her own brand of IDGAF.

Check out the bad gal below: 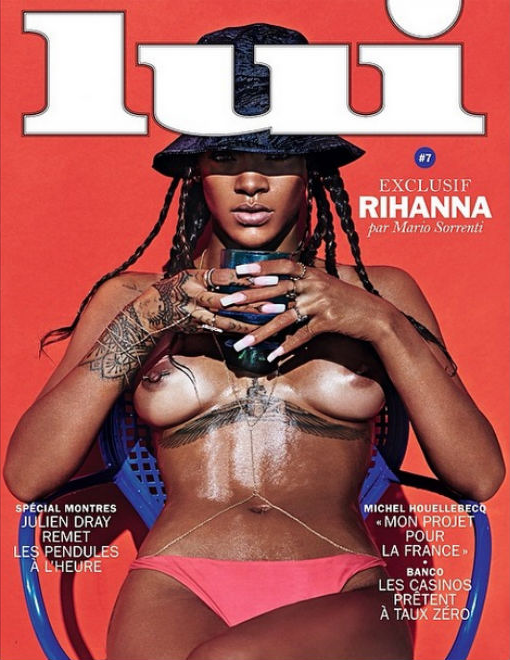 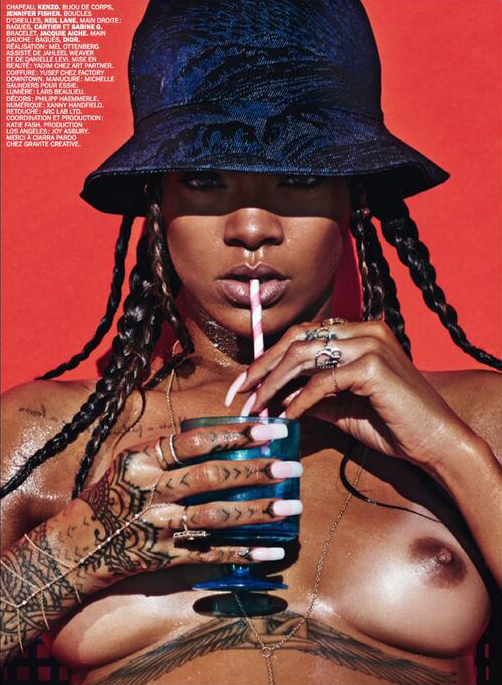 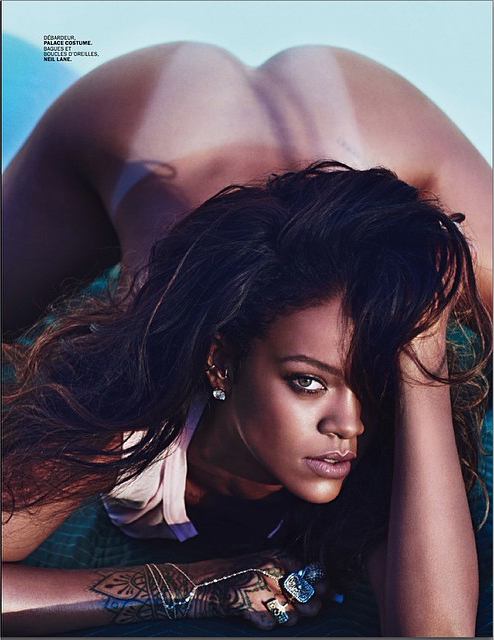 Is it me or does she have one nipple pierced? I’ve heard that it’s a painful thing to do, but go ahead Rih. Get the other one pierced and send us a selfie! What are your thoughts on Rihanna’s Lui Magazine cover?