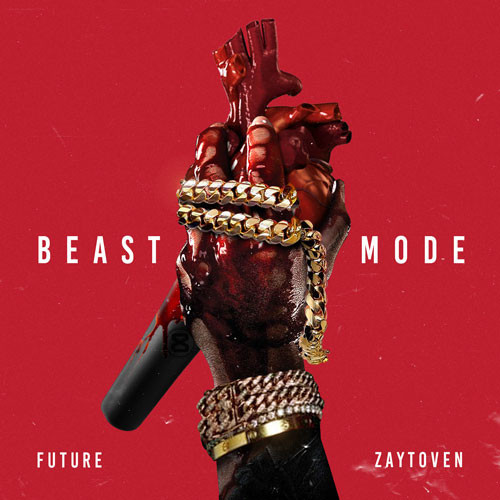 Remember when Future told Ciara that she was gonna be his, because he can see the future and that’s why they call him Future? Well, Future rocked Ciara’s body and had a beautiful baby named, Future Jr. Unfortunately, the hot couple broke up. I am guessing Future got all honest and Ciara didn’t like it too much so they went their separate ways. Now Future is all in Beast Mode and has sought out his longtime Atlanta-based collaborator Xavier “Zaytoven” Dotson into producing the whole EP. So, Zaytoven put his heavy Christian background to use by putting a blessing on every track and here are a few of my personal favorites.

The second track on the EP, titled “Lay Up” is more than just Future talking about passing off life’s smallest conveniences “like a lay up.” In this song Future seems like he’s on a mission to regain a few mic nods then, Zaytoven is leading the way with light keys and string chords. It’s amazing how Zaytoven used Future’s voice as a musical instrument by making a lyrics like “I fuck with that bitch and we lay up” flow so well with his beats. This head bobbin’ track will get you so lost, and definitely get you “back in that action” in a little over three minutes.

You can really hear Future using some choir breathing techniques in “Aintchu” featuring Juvenile. Soft piano keys at the opener piqued my ears interest, while Zaytoven’s added drum base influenced the balance and rhymic flow of both Future and Juvenile’s words. You can feel the fun in this song and considerate it a lesson on what “double cup love” is all about. Prepare yourself for Juvenile’s signature ad lib at the end. “Oooooh.”

Just when you start to write off Future as another wounded-ego Rap artist with a lethal ink pen and pad as a weapon, “Peacoat” invites you to bring out your inner THOT at first listen. Zaytoven’s skills are so deep on the 5th track, they may cause you to “Naked-FaceTime” that boy whose name is titled in your phone as, “Love Your Self Girl Dont Text Him.” The beats on Peacoat are addictive like sugar, with low drums and a clean finish. Consistently, Future’s flow is smooth as silk with rat-like lyrics such as “I spent a check on that pussy.” You may get caught up in the flow of the lyrics until about two minutes and five seconds when Future reveals his inner R. Kelly and rhymes out,

“She wanna, she wanna pee on her nigga, I pull out my dick and I pee on her.”

If my father taught me one thing it’s that, men handle pain very differently. Zaytoven assisting Future on Beast Mode reminds you that, breakups are very private and very personal and if you’re lucky, you can call on friends to help get you through. Yes lyrically, Future is showing his pain. Yes it’s kind of offensive, but Zaytoven’s talents on the tracks smooth it all out. Zaytoven turned Beast Mode into a creative melodic outlet for Future to explore his hidden thoughts.