As happy as it sounds, the springtime hues and crosshatching made me (a New Yorker) think of warmer weather, nature, and whimsicalness.

When in Houston about two weeks ago, I attended David Kelley’s opening night at the Texas Gallery. Located in River Oaks Shopping Center on Peden Street, it was well attended and even though it rained; it was well worth the time and effort. When local artist Thedra Cullar-Ledford and I walked in, right away, I was drawn to “Hooray Array 4”.

It was the image on the official leaflet laying on the reception desk. There was complimentary wine in the front, but I was eager to find the painting, so I left it behind. The 12 x 9” acrylic gouache and gesso on canvas wasn’t hanging on the bright white gallery walls but soon I met with the artist.

“Is Kelley here?”, I asked a group of men talking in a circle in the back of the room.

Soon, I was talking to the man of the night. He was down-to-earth, informative and rather jovial. He told me that he and his wife had moved into the area recently and that he is originally from Boston, Massachusetts. After our brief but fruitful conversation and picture-taking session, I wondered if Kelley found his happiness in Texas. 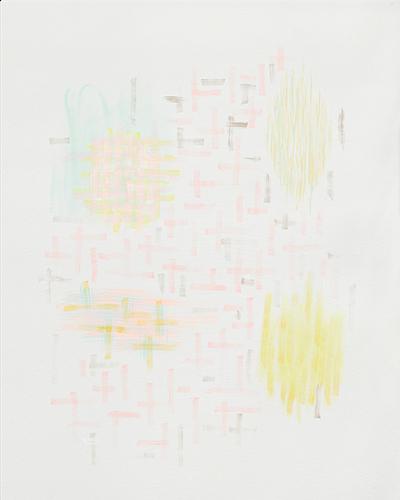 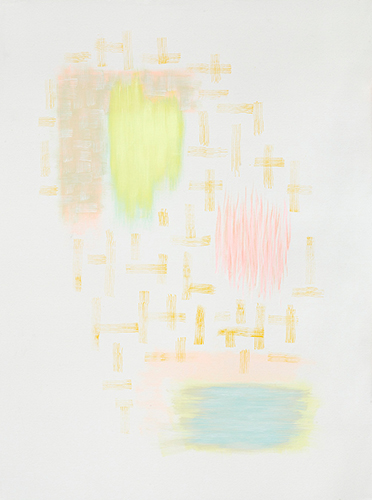 Living most of my life in the Mid-Atlantic state of New York, instinctively I am beatific and far more carefree when in Texas. Houston, particularly. It is like my Shangri-La. Based on my experiences, the art scene is entrancing and leveled. Shortly after I made my way back to the reception desk for a few cups of Perrier, the kind blue-eyed gallerist greeted me and thanked me for coming.

In my opinion, much like hues of Mr. Kelley’s abstract paintings, the Houston alternative art and music scenes are on the rise, abundant, and there’s still unturned talents. I’d like to highlight as much of it as I can – whether I’m there as a resident or just a visitor, stealing moments that result in constant grinning and good memories.