Big Freedia wants you to be free. 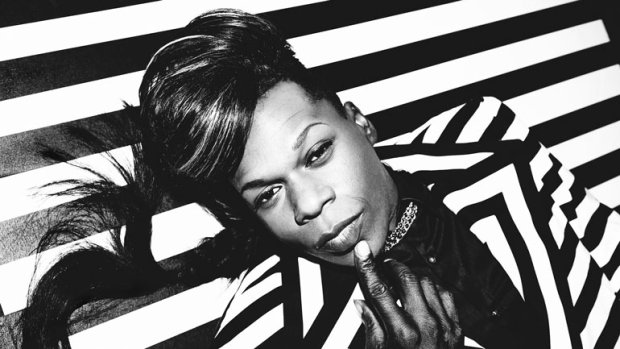 This was the perfect length. If it were longer, it would have lessened the impact of the album. Big Freedia walked that fine tightrope of delivering what we would expect from “The Queen of Bounce” without being monotonous. Release, get loose and being free are all threaded within the album, leaving the listener feeling just that.

This song sets the tone of the entire album. There are no pretenses, no warm-up and absolutely no need. It is unapologetic and everything you would expect to hear from Big Freedia. If you’re not feeling the sound of “Turn Da Beat Up,” then you’re not going to enjoy the album.

The second track in and it is like experiencing 3 bomb-ass songs in one. I’m a super bias sucker for transitions that lead you to the top of the mountain to only drop you off the cliff hums The Dream’s Fancy. The production is truly opulent, full of intention and purpose.

As it starts, you feel your hips wining and before you know it, you’re busting the 1 drop. Big Freedia shows us wicked vivacity and versatility. Her voice covers the track like black velvet, smooth and rich.

The polyrhythmic pace paired with that nursery school flow captures Big Freedia’s credibility and origins to and from the Bounce scene. Sprinkled near the end of the track, we hear some Louisiana band influence.

This has to be my favorite song on the album. With Freedia MC-ing the holy fuck out of this song telling patrons to “Shake with it, Rock with it… Lift dat leg up,” the DJ could take a bathroom break, get a drink and all will be well. No one dancing to this should be offbeat; it’s physically impossible. All your partner has to do is hold their own while your body follows her commands.

The old school flow she kicked in the beginning coupled with the chorus had me practicing my isolation in the mirror.

Where My Queens At

Nothing warms my soul like the idea of an anthem. Aside from me rapping “I’m his queen, I want everything” in someone’s face to ignorant levels, the lyrics themselves are there to empower us. With all of the racial and sexual, politics surrounding twerking, it’s reassuring to me that Big Freedia salutes her audience.

“I have been working all day, working all night / Play that beat Imma be alright”. Release your wiggle. Get Loose. Shoutout to Freedia for acknowledging how stressful my 9-5 and or retail job can be. Not to over intellectualize the nod but to me, it spoke to a part of me that is practicing my own form of social resistance which is currently public tweaking.

All I can say about Ytootsay is #LookAtGod. The energy, the synths, the percussion, new slang [to me anyway]… What more can you ask for?

We started off with a strong instrumental jab to the face to end the album cooking, throwing ‘bows to this filthy trap inspired beat. The drums are straight disrespectful full of expletives I’m sure, I can feel it. I wish I could’ve heard a little more of this on the album.