If you wake up like me around this time and you aren’t the person who wants to be in complete silence, you might need a list of songs to help bring you out of your sometimes foggy transition of sleep. Relick’s pacifying brand of music is something to consider. When it comes to their style of Psych-Pop, it is often non-interruptive in its sequence, hazy or shadowy, and alleviating, which may be liberating if you had a bad night. Their latest ‘la magie’ tells a story about an experience from the perspective of a ten-year-old. Bandmates Amber Nicholson and Matt Hibbard became creative allies and recorded their debut EP ‘Twin House’ in 2015. Lea Thompson picked up their music for her film ‘The Year of Spectacular Men’.

Jakob Leventhal shares the beautifully-made follow-up ‘Greenwich Village Ghosts’ to debut album ‘Oh, So Bittersweet’, which Elton John called “one of the best records (he’s) ever heard.” Featuring Sarah Jarosz, the two sing about harsh truths, communicating them to the one you love, and more. Leventhal lives between New York and Chicago, where he works as a songwriter, musician, producer, and engineer.

If you’re looking for a song that’s non-interruptive to listen to before you enjoy your breakfast, J Fisher’s newest release is one to check out. As the record played, I could still think, and that’s important to me as someone who works before the sun rises. Check out the eclectic and experimental Deathbomb Arc artist’s track influenced by labelmate The Holy Circle’s ‘Lovely One’.

Jackson Mathod’s new Jazz record ‘India’ serves sound synonymous with lively outspoken spirits. The production feels fresh, crisp and cheerful. The artist says of the record, “[I] felt like I needed to write something that summed up the energy and good vibes this beautiful place has. India.” I’ve never been to India but based on his composition, it makes me want to consider. Check out the vivacous track now.

If you’re into the music associated with some of Toronto’s biggest artists, you might like ‘Pain’ by Dxvn, who is pretty much incognito online. In the record, he sings about being paranoid, ideation of suicide, and love. By the sound of it, he could be singing about a toxic relationship, and that’s never a good thing. Without further ado, check out the track below. Its alarming lyrics should wake you up. 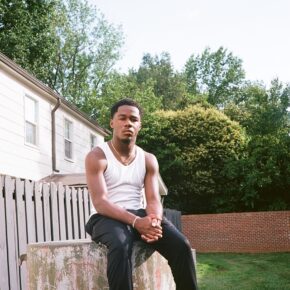