No matter how much the weatherman warns me, rain in the evening soils my day. Today’s assignment is Epic After Dark at New York’s newest spot Up & Down. As an open-bar scout, I anticipate a long line with a few arguments —no canopy— all drizzle. To my pleasant surprise, I was greeted by two handsome brick walls dressed in black and a warm smile asking my name. 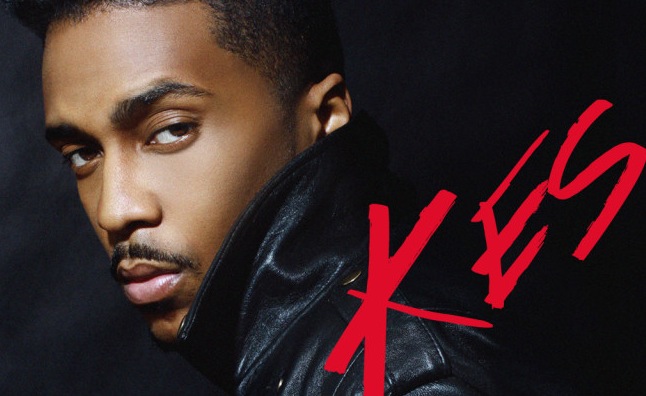 Walking into a crowd at about 60% capacity allows you to gauge the night, see who you know, and claim a spot. The first thing I noticed were the scantily-clad women standing on the couch. Great impression, Up & Down! If they are there, where am I going to stand when this thing gets turnt up? There were a bevy of various hipster typecasts, which is to be expected considering who is performing. Red Bull cocktails and Don Julio were flowing all night. The crowd was vibrant. There were old friends, new acquaintances, and people fronting for the “gram.” The place was packed and loud like a bloody cafeteria. I ran into a colleague of mine, so now we’re mobbing. We push pass all the way to the front, right by the photographers. The band is out and Kes enters mid-stage. It’s fucking show time.

Kes is going to give a good show. The energy felt intentional. The instrumental warms us up. His voice follows with a commanding sensualness. You know that scene in an action film when the leading man yells, “Give me your hand; Trust me.” That’s how each note tremored. It made you feel like the journey starts now. He performed his EP, “Audio Justice” including my favorites “Horses” and “Carry On”. The Internets have been describing him as “Futuristic Nostalgia”. As a Phil Collins stan, I see what they’re hinting at that. He has that bounce that The Dream adds to his Prince inspired songs. The space allowed Kes to be pseudo-intimate with the audience. I wish he would’ve given us some anecdotes so we could really connect to him. He was holding hands, looking into eyes, and really serenading the people. His quiet confidence and trust he had in his fans echoed when the crowd belted, “Gimme Your Love.” He made us melt, thanked us then exited the stage. I overheard a couple girls scheming to get backstage, and I was one of them. Security was tough! They told me “no” about four times until I had a #SmartenUpNas moment and tagged along with a newly acquainted friend.

I’m not sure if it was the room or the people that brought on an imaginary nostalgic feel of the industry in the 90’s. Downstairs was surrounded by the uber cool kids aka the fake important mu’fuckers upstairs and record execs. The pool table surrounded by hanger-ons (Yes! a pool table) and women sauntering around the handful of cliques; It was too mixxy, leather jackets and weird hair cuts everywhere, for me to figure out exactly who was his manager. I ran into Kes or as I was trying to pinpoint which guy in the leather jacket is his manager (Y’all saw the video), I ran into Kes. He was warm and accommodating. Instead of me struggling to take the picture, he approached security to do it. What a total fucking sweetheart swoons. We spoke briefly about his performance, then he pointed me in the direction of his manager. The room was buzzing with chatter and aspirational professionals standing in line to speak to Sylvia Rhone or bust it up with L.A Reid. The night was unreal. It felt like I was on the set of an industry party. [End Scene]