With more than 1,000 video offerings, Qwest TV is bringing some of the most powerful performances in Jazz, Soul, Funk, Classical, and global music to students and educators for free. As part of its Qwest TV EDU initiative, the streaming service will provide carefully curated, culturally significant musical performances to all willing educational institutions starting in September 2020. All videos are available in the best possible quality.

This initiative comes in response to and in support of the worldwide protests against brutality and anti-Black racism. Qwest TV hopes to be an entry point for those wanting to connect with and learn more about the wide-ranging music made by Black Americans, along with other striking musical artists from around the world. (See Quincy Jones’ full statement on the matter below.)

Interested educators can find more via this link. Institutions already participating in the program include Harvard, Princeton, and The University of the Arts. The service now aims to reach as many students as possible, from elementary schools to conservatories and community colleges.

Qwest TV features a range of music-related content including concerts by everyone from Herbie Hancock to Anderson.Paak; archival recordings and rarities from pivotal artists from Louis Amstrong to Gregory Porter; and interviews and documentaries from Tony Allen to Questlove, to add vital context. Extensive notes written by scholars and journalists further enhance the experience. Music lovers and curious explorers can browse the service carefully curated channels and discover more about a country, style, or artistic movement that intrigues them.

A Statement from Quincy Jones on the Qwest TV Education Initiative

Growing up in the Southside of Chicago and Bremerton, Washington during the Great Depression, I was fortunate enough to have been mentored by some of the greatest Jazz cats of all time. I’m talking about Dizzy Gillespie, Duke Ellington, Bird, Lionel Hampton, Benny Carter, you name it. The absolute best of the best. Their music and history was incredibly rich, and man, I got sucked in from day one. Fortunately, for me, I had a direct connection with these landmark figures, and now after having been on this planet for close to nine decades, I’ve personally experienced the highs and lows that this world has to offer.

Much to our collective disservice, the United States is the only country without a Minister of Culture, and this communal inattentiveness to our roots has been detrimental to our individual and collective understanding of identity. Oftentimes, people don’t know who they are because they have no frame of reference. Well, everything is based upon what has happened before us, and if you know where you come from, it’s easier to get where you want to go! Kids (and adults alike) need to know where they come from. Plain and simple. Big Bands, Bebop, Doo-Wop, Hip-Hop, Laptop, that’s all sociological. The Bebop to Hip-Hop connection is about being aware: more specifically, being aware that all of our music springs from the same roots, and they inform much of what we call mainstream music today.

When I lived in Paris during the late 50s, I learned a great deal about life, because having come from America in the midst of segregation, Paris taught me about acceptance, regardless of color or culture. They loved Jazz, and more importantly, they took people who looked like me in as their own. Man, we wouldn’t have Jazz if it weren’t for the French and Congo Square during slavery. Jazz conditioned me to be an open thinker and taught me how to improvise in nearly every area of my life. It has always been focused on freedom and pure imagination, through an absolutely beautiful and nonrigid, democratic perspective on music and the world.

In the same way, there is something absolutely beautiful about the fact that music has the unique ability to connect people from all walks of life. I’m talking about individuals of different races, beliefs, socio-economic statuses, you name it. And man, the history of our music is incredibly deep; the fact of the matter is, people don’t know enough about it and the influence that it has had on our modern-day music and life.

What we’re going through right now is nothing new. Take it from someone who has been on this planet since before electricity! ((:0)) It’s difficult to know what to say during a time such as this, because I’ve been dealing with racism my entire life. That said, it’s rearing its ugly head right now, and by God, it’s time to deal with it once and for all.

Before the late, great Duke Ellington passed, we did the Duke Ellington… We Love You Madly TV Special (my first television credit as a producer) and my blessed brother, Duke, gave me a photo of him, signed, “To Q, who will be the one to de-categorize American music”, and that’s exactly what I’ve tried to do all of my life. Whether it was through the creation of my 1989 album, Back on the Block, a simmering musical stew of everything from Jazz to world to Hip-Hop to swing music; to working with every genre under the sun; to the South Central to South Africa trip with Nelson Mandela, it has been a part of the very fabric of my calling to help break down the barriers for any willing ear.

So, it absolutely brings me a great deal of joy to announce that from September onwards, we at Qwest TV will be giving out free access to our “Qwest TV Educational Platform” to all willing elementary-high schools, music schools, colleges, and universities from all over the world, with over 1,000 programs of music, while rightly compensating the artists and rights owners. Documentaries, archives, and concerts from around the world highlight the beauty of our humanity and what makes our differences a strength to share. We want each kid and student to be able to freely explore their musical history by rediscovering their roots, both through Jazz and beyond.

We’ve got to believe that we are multicultural miracles, and we at Qwest TV want all of you to embrace and celebrate that. The future is a bright, beautiful mix of colors, and we hope that many will join us by taking action in all fields of society, to lay the groundwork for a positive future for the kids of tomorrow. 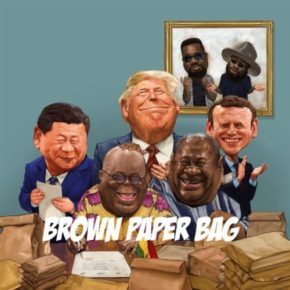