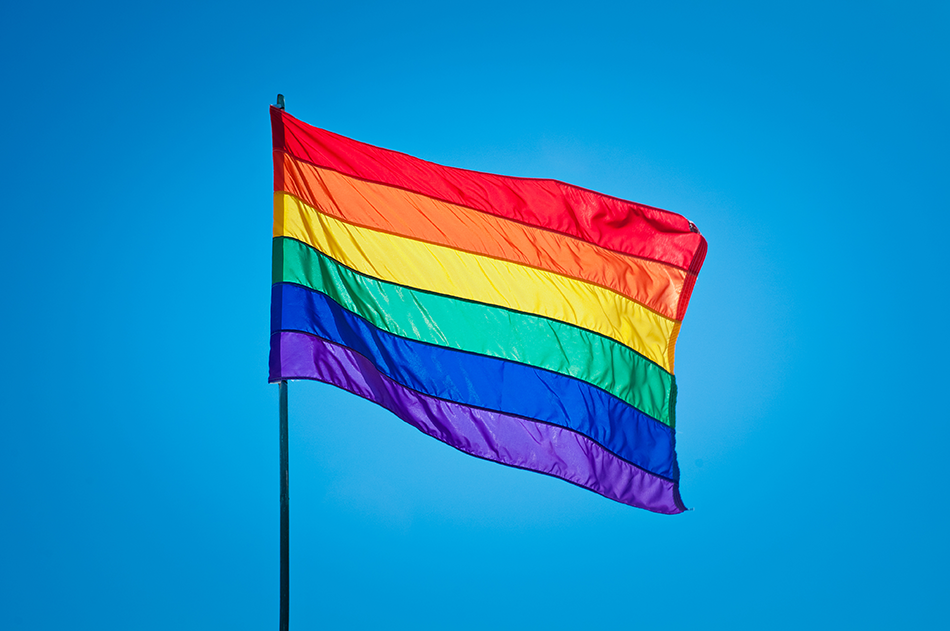 Queer/Art/Mentorship, the multi-disciplinary, inter-generational arts program that provides year-long mentorship to 11 NYC- based emerging queer artists, announces the 2014 – 2015 line-up of mentors and the launch of it’s next application cycle.

Founded in 2011 by filmmaker Ira Sachs and Lily Binns, the program has quickly established itself as a nexus of conversation and development for queer artists in NYC. Collectively, the mentors selected for this fellowship cycle showcase a professional and cutting edge approach to queer art production in New York City and beyond. The 2014 – 2015 mentors are: Jibz Cameron, Chitra Ganesh, Thomas Allen Harris, James Lecesne, Simone Leigh, Jaime Manrique, Caden Manson, Carrie Moyer, Bradford Nordeen, Stacie Passon and Yoruba Richen.

These arts professionals will select a Fellow from their respective discipline (literature, film, visual, performing and curatorial arts) in a two-month application and review process, which produces over 200 applications. The relationship that develops, through monthly meetings and public programming, aims to support the artistic and professional practice of the Fellow, as well as to develop community-wide conversations about what it means to generate and curate queer work in New York City and America.

The consistent volume of applicants received during the first three years of the program speaks to the role Queer/Art/Mentorship has quickly taken within the arts community, as well as to the need of such programs in face of the continued lack of traditional institutional and economic support for the creation of queer work.

Queer/Art/Mentorship is one of several ongoing programs run by Queer/Art Inc. the umbrella organization that also houses the popular screening series, Queer/Art/Film (in NYC and Los Angeles), and the bi-monthly social series, Queer/Art/Brooklyn. For more information about this and prior Fellows and Mentors, visit the program’s website at queerartmentorship.org

The 2014-2015 Mentors in their respective disciplines are:

Bradford Nordeen holds an MA in Cinema Cultures from King’s College London and a BFA in Photography and Media from CalArts. The founder of Dirty Looks NYC, a platform for queer experimental film and video, and the site-specific off- shoot series, Dirty Looks: On Location, Nordeen has organized screenings internationally at venues like Participant Inc, The Museum of Modern Art, The Kitchen, The Hammer Museum, White Columns and Judson Memorial Church. Working with film festivals and arts non-profits, Nordeen has programmed Outfest Platinum, NewFest, MIX NYC, the Fire Island Artist Residency, Printed Matter’s LA Art Book Fair and the Milwaukee Underground Film Festival. His writing has appeared in Art In America, the Huffington Post, Afterimage, Lambda Literary, Little Joe and Butt Magazine, among others. He lives in Brooklyn, NY.

Thomas Allen Harris’ award winning films, shorts and video installations have been exhibited at the Museum of Modern Art, Whitney Biennial, Reina Sofia, Corcoran Gallery; broadcast on PBS, ARTE, YLE, CBC, and the Sundance Channel as well as screened at the Sundance, Toronto, Berlin, Outfest, and FESPACO film festivals. Harris new film “Through A Lens Darkly: Black Photographers and the Emergence of a People” is part of a cutting edge transmedia project that includes the “Digital Diaspora Family Reunion”, a multimedia Roadshow that engages audiences to discover connections between their own family archives and the film’s historical narrative and can be experienced at: www.1world1family.me

Stacie Passon is an American film director and screenwriter, whose debut film Concussion premiered at the 2013 Sundance Film Festival, and subsequently won a Teddy Award Jury Prize at the 2013 Berlin International Film Festival. The film was released in October 2013 by Radius / The Weinstein Company, garnering multiple Gotham and Spirit Nominations. Passon previously worked as a commercial director and producer. In 2012, Passon received the Adrienne Shelly Director’s Grant and the Calvin Klein Spotlight on Women Filmmakers Live the Dream Grant at the Gotham Awards for Concussion. She is now developing her second feature film Strange Things Started Happening which is being supported by the both Sundance Insititute and the Tribeca Film Institute.

Yoruba Richen is a documentary filmmaker who has directed and produced films in the U.S. and abroad including Africa, South America and Southeast Asia. Her latest film The New Black won awards at AFI Docs, Philly Q Fest, Frameline, Urbanworld film festival, an NAACP Image Award nomination and a GLAAD Media Award. The New Black will air on PBS’s Independent Lens in June 2014. In 2007, Yoruba won a Fulbright award and traveled to Brazil, where she began production on Sisters of the Good Death, a documentary about the oldest African women’s association in the Americas and the annual festival they hold celebrating the end of slavery. Yoruba has been an associate producer for the investigative unit of ABC News as well as a producer for the independent news program Democracy Now. Yoruba won the Creative Promise Award at Tribeca All Access and was also a Sundance producers fellow. Yoruba is director of the documentary program at the CUNY Graduate School of Journalism.

James Lecesne’s theatrical productions include Word of Mouth, The Road Home, One Man Band and Trevor, which was later turned into the Academy Award winning short film that inspired The Trevor Project – the only nationwide 24-hour suicide prevention Lifeline for LGBT youth. Lecesne also founded The After The Storm Foundation in the wake of Hurricane Katrina, executive producing the documentary, After The Storm. For TV, he adapted Armistead Maupin’s Further Tales of the City and has written for Will & Grace. He has written three novels for young adults, and edited the anthology The Letter Q. As an actor, James has appeared in Cloud 9, Boys in the Band, Extraordinary Measures, I Am My Own Wife and Motherhood Out Loud. He recently appeared in the revival of Gore Vidal’s The Best Man on Broadway.

Jaime Manrique was born in Colombia, South America. His first three books—a novella and short stories, a volume of film criticism, and a book of poems (which won his country’s National Poetry Award)—were written in Spanish. He’s been writing prose in English since his novel, Colombian Gold, though he still writes poetry in his native tongue. He has published four other novels: Latin Moon in Manhattan, Twilight at the Equator, Our Lives Are the Rivers, Cervantes Street (Akashic Books, 2012) and the memoir Eminent Maricones: Arenas, Lorca, Puig, and Me. His work has been translated into 15 languages. He is currently a Distinguished Lecturer in the Department of Foreign Languages in Literature at the City College of New York.

Jibz Cameron (Visual Arst is a performance / video artist and actor who lives and works in New York City. Her work as alter ego Dynasty Handbag has been seen in institutions such as The New Museum NY, The Kitchen, MOMA, Joe’s Pub, PS122, Yerba Buena Center for the Arts, RedCat, OUTFEST, SXSW Film Festival and Performa ’07, ’09, ’11, as well as many international dives both great and small. She has been heralded by the New York Times as “the funniest and most pitch perfect performance seen in years”. In addition to her work as Dynasty Handbag she has also acted in work by The Wooster Group, The Residents, Kalup Linzy, Susan Lori-Parks, among others. She is an adjunct professor of Performance and Theater studies at TISCH NYU. She is currently in development on a television series with Electric Dynamite.

Caden Manson is co-founder of Big Art Group and editor of contemporaryperformance.com. He has co-created, directed, video and set designed 13 Big Art Group productions that have toured nationally and internationally. Manson has also shown video installations in Austria, Germany, NYC, and Portland; performed PAIN KILLER in Berlin, Singapore and Vietnam; Taught in Berlin, Rome, Paris, Montreal, NYC, and Bern; his ensemble has been co-produced by the Vienna Festival, Festival d’Automne a Paris, Hebbel Am Ufer, Rome’s La Vie de Festival, PS122, and Wexner Center for The Arts. He is a 2001 Foundation For Contemporary Art Fellow, is a 2002 Pew Fellow and a 2011 MacDowell Fellow. His writing has been published in PAJ, Theater Magazine, and Theater der Zeit.

Chitra Ganesh was born and raised in Brooklyn, NY, where she currently lives and works. Her drawing, installation, text-based work, and collaborations seek to excavate and circulate buried narratives typically excluded from official canons of history, literature, and art. Ganesh graduated from Brown University with a BA in1996. In 2001 she attended the Skowhegan School of Painting and Sculpture, and received her MFA from Columbia University in 2002. Her work has been exhibited widely at venues including the Brooklyn Museum, the Queens Museum of Art, the Asia Society, Bronx Museum of Art, and White Columns. International venues include the Museum of Contemporary Art (Shanghai), Devi Art Foundation (New Delhi), Museum voor Moderne Kunst (Netherlands), and the Prince of Wales Museum (Mumbai). Her work is represented in prominent international collections such as the Museum of Modern Art, Saatchi Collection (London), Devi Art Foundation (new Delhi), amongst others.

Simone Leigh‘s practice is an object-based exploration of black female subjectivity. She creates sculpture, videos and installations informed by her interest in African art, ethnographic research, feminism and performance. Leigh was a facilitator of the 2012 International Art Programme at The Centre for Contemporary Art, Lagos, Nigeria and the 2014 Asiko School, Dakar, Senegal. Recent and upcoming exhibitions include: The Free People’s Medical Clinic (2014), and solo presentations at; The Fowler Musum at UCLA, The Atlanta Contemporary Art Center and The Kitchen, and group exhibitions at Contemporary Art Museum in Houston, SculptureCenter; L’Appartement22 in Rabbat, Morocco; the Andy Warhol Museum in Pittsburgh; and the AVA Gallery in Cape Town, South Africa. Her work has been featured in several publications including: Bomb Magazine, Modern Painters, The New Yorker, The New York Times, Small AxE and Nka: Journal of Contemporary African Art and EBONY Magazine.

Carrie Moyer is a painter and writer based in Brooklyn, NY. She grew up in the Pacific Northwest and attended Pratt Institute, New York Institute of Technology, Skowhegan School of Art and Bard College. Moyer has exhibited extensively in both the US and Europe since 1994 with work included in exhibitions at PS1/MoMA, Worcester Museum, Weatherspoon Museum, Palm Beach ICA, Cooper Hewitt, Shedhalle (Zurich), Le Magasin (Grenoble) and the Project Centre (Dublin), among others. In 1991 Moyer co-founded one of the first queer interventionist public art projects, Dyke Action Machine, which ran until 2008. Her critical writing has appeared in Art in America, Artforum, the Brooklyn Rail and Modern Painters. Moyer is an Associate Professor at Hunter College and serves on the Board of Governors for the Skowhegan School of Painting and Sculpture.