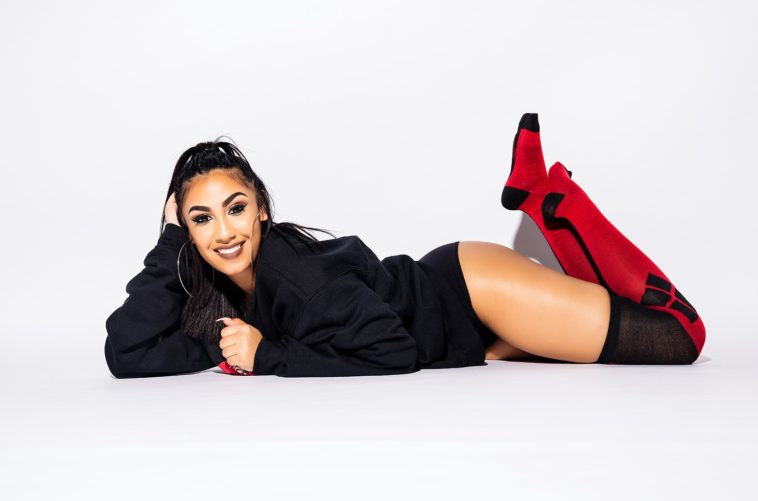 Queen Naija’s new single ‘Karma’ has arrived and it is here with a vengeance. After receiving recognition from her YouTube channel that televised her relationship with her ex, Queen Naija has moved on to focusing on her music. After her debut single ‘Medicine’ charted on Billboard’s Hot One Hundred and received more than forty million views on YouTube, and over twenty million plays on streaming services, it is no surprise of the great reception the new song has been getting.

The twenty-two-year-old Detroit native has always had an affinity for singing and songwriting since she was a young girl but is now taking advantage of her social platform to utilize her talent and herself. Growing up, she started out singing at church at age three and began songwriting in the third grade.

As an independent artist, Queen Naija intertwines her lyrics and melismatic voice to her real-life experiences to perfect her craft.

‘Karma’ goes in-depth on Queen’s feelings toward her own relationship experiences, the same as her previous single ‘Medicine.’ Feeling the connection between herself and her growing fanbase, the singer implements ways to tell her truth through her empathetic lyrics that hit home.

The songstress exercises her passionate voice over the smooth and sexy rhythm and blues instrumental. The expression in her voice along with the poignancy of the songs’ words exude every bit of the want for karma, but Queen ultimately wins with lyrics:

So you don’t get to worry about me/You made it clear that you’re unhappy, yeah/Go ahead and have your fun now/Just remember what goes around comes around.

As Queen Naija prepares for the release of her eponymous debut album and continues on the beginning of her musical journey, it’s best to look forward to hearing more of her heartfelt music.