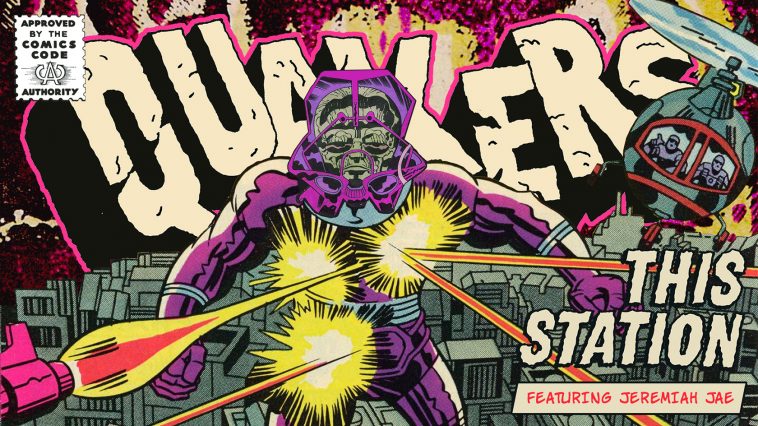 The Quakers collective from the UK are currently preparing for their next album release, following the success of their first self-titled release. In their latest single, the collective consisting of Katalyst, 7-Stu-7 and Fuzzface; teamed up with the multi-talented emcee Jeremiah Jae for a gritty and funky joint called ‘This Station’. As Jae spits his bars, his theme revolves around Black Power, unity and making a call of action for change. Be sure to check out The Quakers next release, ‘Quakers II: The Next Wave’ when it drops on November 14 on Stones Throw Records.