For about as long as the bright lights have been lit up in Las Vegas, the music industry has been drawn to the city. In the past, this manifested in massive shows by the likes of Elvis Presley, and a generation later, numerous bands from the heyday of classic rock. In the ‘90s and ‘00s, Vegas becomes more of a haven for pop stars. Since then the music scene in Sin City has grown, if anything, more eclectic, with Hip-Hop, R&B, and Electronic artists getting in on the action.

For the most part all of this musical involvement has revolved around live shows — some of Vegas’s most famous offerings. Over the last decade in particular though, all kinds of musicians have made it their business to film music videos in the city as well though. From Flo Rida to The Killers to Sam Smith, artists of all sorts just seem to appreciate the allure of a city that’s all about bright lights and fortunes. Vegas, it seems, is a natural thematic backdrop to just about any kind of music.

The city has been unique in this regard for almost a century now. And yet, it may not necessarily be so anymore — which is why ‘Gangnam Style’ pop icon PSY’s decision to shoot a video in Macau a few years ago remains so interesting.

No one needs a refresher on PSY, but just in case you’ve managed to wipe one of the most streamed songs in history out of your mind, he’s the one-of-a-kind Korean pop artist who exploded out of nowhere with Gangnam Style in the Summer of 2012. It was a once-in-a-generation hit — amusing, unexpected, and incredibly catch all at once — and it turned PSY into something close to a household name. He followed it up with ‘Gentleman’ and a few other attempts at regaining the pop spotlight, but really it’s Gangnam Style we’ll remember him for.

Maybe the artist’s most interesting move since ‘Gangnam Style’ though was the 2017 video for ‘New Face’, which explored the lavish resort culture of Macau and, according to Macau Lifestyle, was shot on site. Specifically, PSY filmed in the Venetian Macau and the Parisian Macau.

These two resorts, and what PSY shows off of them in his video, can match the best of Las Vegas, and indeed any casino resort in the world. And really, that’s in keeping with the that has grown to surround Macau, particularly in the last couple of years.

Macau now has more than ten casino resorts in a fairly tight area, giving it by far the biggest concentration of venues of this nature outside of Las Vegas. Most of these resorts are also newer than their Vegas predecessors, and in many cases more modern and luxurious. The restaurants, spas, and entertainment venues are essentially modeled on those of the Vegas resorts. And the casino play can be so lucrative that one of the venue managers was quoted in an article on the ‘World’s Biggest Slot Jackpots’ by Gala Spins as saying that Macau is now the “best place” for jackpot wins.

All of these developments have led many to begin referring to Macau as the “new Las Vegas,” or at least the “Vegas of the East” as the post ‘Macau, China: The Vegas of the East’ by Pathfinders puts it. What’s still missing, though, is that magnetic pull to the biggest names in entertainment.

That’s not to say musical acts don’t go to Macau. Plenty do, and among them are some of the most significant names in the industry. However, we don’t see the same amount of attention in terms of regular tour stops, artist residencies, song lyrics, or music videos.

In retrospect this almost makes you wonder if PSY was too early to the budding “new Vegas.” By no means did his music video there spark Macau’s rise to international prominence. That was already long underway. But it’s picked up in the last few years, and one wonders if filming a video there now would perhaps have gotten him even more attention, or led to other artists following suit.

PSY’s doing just fine, to be clear. But it feels like he narrowly missed a chance to be a sort of godfather to a Vegas-like Macau music scene, simply by being too early. 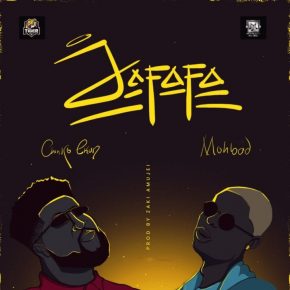 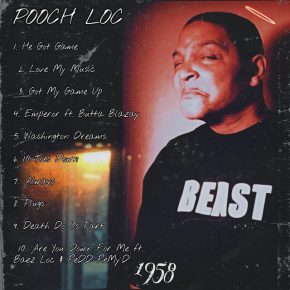