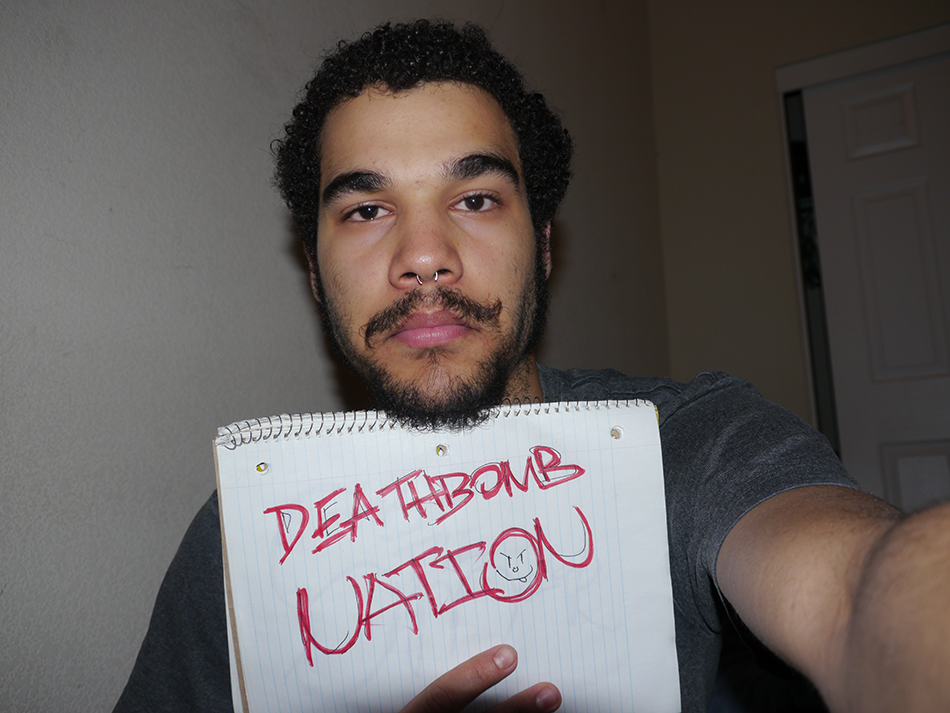 Prog-rapper Signor Benedick The Moor’s debut music video, “.//End”, is an intimate affair, which displays his movements around his bedroom over the course of this nearly 6-minute long track. The mood gradually shifts from perky and thoughtful to driving and aggressive. Keeping the visuals locked on Signor Benedick The Moor himself, the evolving tone of the song is mapped out in detail through his body and face, in addition to his very expressive voice.

Combining virtuoso rapping with his background as a multi-instrumentalist, Signor Benedick The Moor creates music that effortlessly taps into the sound of many genres. The theatricality of his Shakespeare referencing name reveals itself most in his complex, lengthy, and heady compositions. Having made an impressive debut with the self-released album El Negro at the age of just 19, he quickly followed it up with an EP on Deathbomb Arc. In addition to his solo work, he also works in the rap group True Neutral Crew alongside Daveed Diggs of clipping. (Sub Pop), Brian Kinsman of Foot Village (Fat Cat, Not Not Fun, Northern Spy), and Margot Padilla of I.E. (Deathbomb Arc).