At 25 years-old, visual artist, Alim Smith is a living-breathing ball of creative energy. The Wilmington, Delaware artist who goes by the name, Yesterday Nite, has created a series of works that celebrate everything from the Black sitcoms of the 90’s to the universe. In 6th grade, Smith began his creative career similar to that of many male athletes, musicians or NASCAR drivers.

“I really liked this girl that was going to an arts school for dance, and I just really wanted to be wherever she was at. So I applied.” Ironically, he was admitted under the school’s writing program.”

Long before he set out to impress a dancer, he was on a mission to impress his parents. Smith said his passion for art began preschool. “I think it became a passion when I first colored in the lines,” Smith said. “It was really all my mom, being proud of me for coloring in the lines. I just kept wanting to impress her and my dad. I think that’s how it really started.”

These days, Smith operates everywhere but inside the lines. His name alone is a protest to order and convention. One day, an episode of Judge Joe Brown hit a nerve.

“He was getting smart with this young Black dude, and he was like ‘Speak proper English, young man.’ And I was like, ‘Yo, fuck English! This ain’t even our language!’ And I just went on a whole rant.”

Ironically this was a nerve that Smith’s mother had been plucking for a long time. Saying, “last night” never sounded quite right to Smith. When referencing things that happened the night before, he opted for the term “yesterday night”, despite his mother’s correction. In the midst of his Judge Joe Brown rant, Smith shouted, “Just like ‘yesterday night’ that shit feels right! We give life to this language even when we say shit wrong.” At that moment, he decided to make a debatable phrase an extension of himself. “I was like ‘Damn, that’s a pretty good name.’”

“I was like, ‘It’s February, but I don’t want to do the natural Black History Month shit.’ Not that’s it’s anything wrong with Harriet Tubman but people are tired. We get it. We like Martin and Malcolm, but we’ve seen it.” 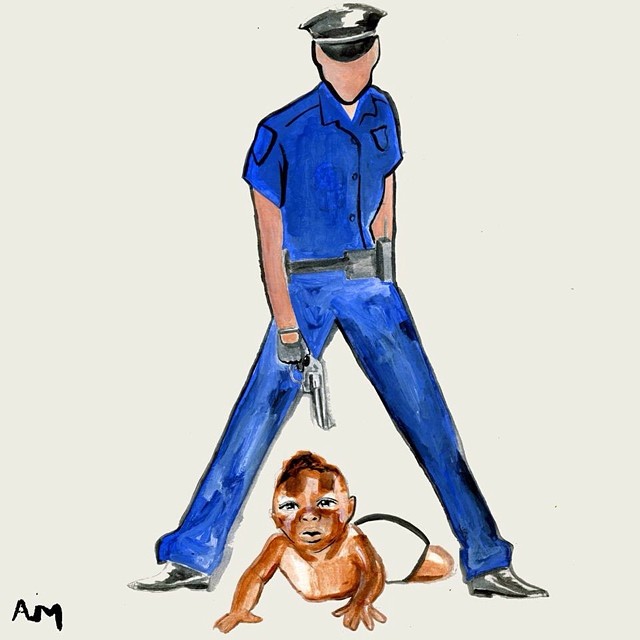 Arguably the best decade in the history of Black Americans, the 1990’s birthed an incredible plethora of Black sitcoms, movies, and music. “The 90’s is everything—the golden era,” Smith proclaims. “I just wanted to do my take on what Black History Month would look like to someone born in the 90’s.”

The first picture he drew was a portrait of one of the realest fictional couples ever — Martin and Gina. Each work in the collection follows Smith’s pattern of artistic rebellion. By blending colors and pulling out a subject’s unique features, he creates an abstract, but recognizable piece of art.

“I used to draw super realistic pictures, but that shit is annoying; and, they have cameras for that now. You can capture people without drawing them, exactly, perfect.”

Already, Alim seems to have a grave understanding of how this relates to women. He has captured the abstract complexity of women in his book, “Planet Her”. On the contrary, his pregnant Nefertiti drawing is what he says is the closest he’s come to capturing the universe in a single line.

Smith says gravitating towards that kind of simplicity is one of his goals. He takes a Dr. Seuss-like approach to his artwork, as well as his written work. “Books are boring without pictures to me. And when it’s too deep, because you really don’t need to get that deep to explain some real, profound, shit.”

Although “Planet Her” is not for children, Smith refers to it as an “An adult children’s book.” He addresses adult relationships with incredible illustration and rhyming words. “Everybody raps and rhymes but nobody is trying to be the next Dr. Seuss, which seems like the natural progression,” Smith says jokingly. “Everybody’s rhyming all day, so why not make little rhyming books that say something meaningful?” 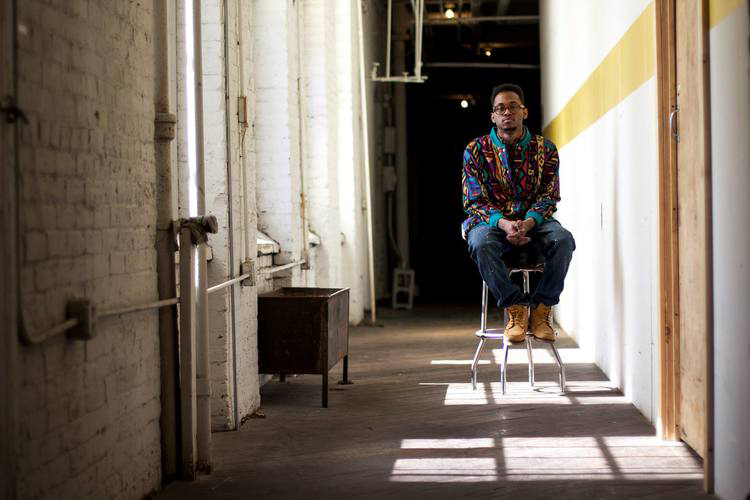 Right now, Smith seems to be boiling over with ideas. “I’m going to have these niggas real frustrated. I’m just going to out-work everybody,” he warns. Although he’s keeping a lot of his upcoming work under raps, be on the lookout for his next collection, Negro Spiritual. With all he’s done so far, Smith’s next big goal is to “make the blackest art show ever”. With so much energy and culture flowing through one artist, one can only imagine the outcome.