Given that this is the first album from the great Theo Parrish since 2007, it’s unsurprising interest in American Intelligence has rocketed over the course of the year as Sound Signature left a trail of hints. Happily, American Intelligence is a fine album; deep and woozy in parts, undeniably soulful, shot through with Jazz influences and full to bursting with killer cuts. By now, everyone should know the brilliant “Footwork” single (arguably one of the records of 2014); soon, clubs will swing to the off-kilter dancefloor Jazz of “Make No War,” the 21st century broken House of the epic “Fallen Funk” and the decidedly odd — but brilliant — “Helmut Lampshade.” 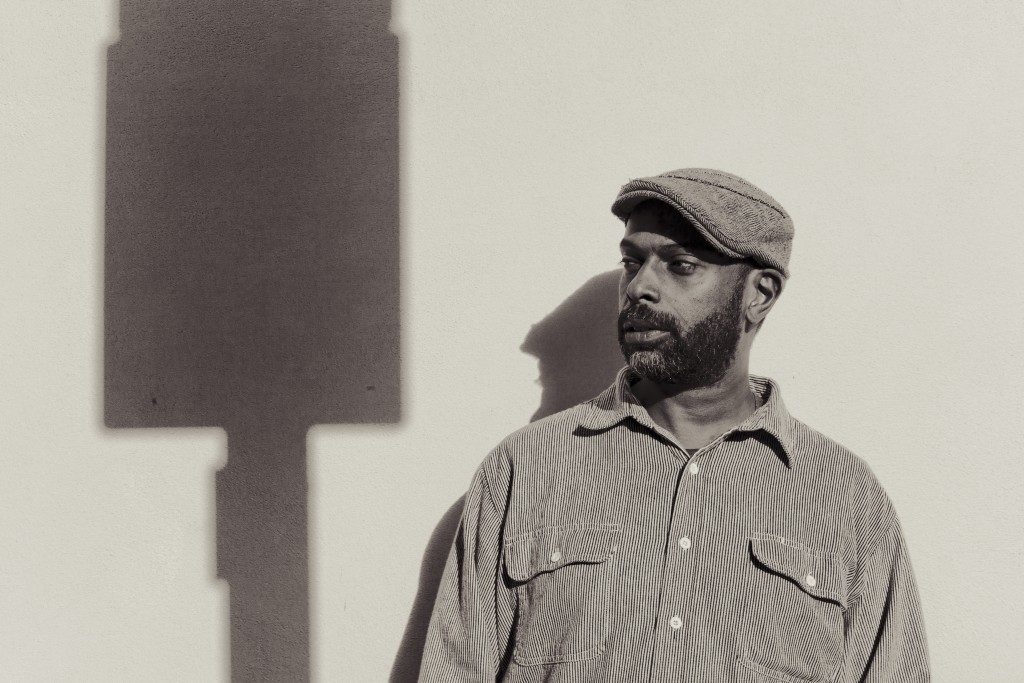 Theo Parrish lays down a marker for a long overdue fifth album, apparently due out later this year, with the sublime Footwork single. Named in reference to the dance as opposed to the breakneck offshoot of Ghetto House, “Footwork” is a sublime slab of Theo with many of his trademark production touches. Think lightly brushed percussion, a meandering bassline that juts out with an odd funk, and subtle yet sumptuous musical touches, all topped off by a gruff “let me see your footwork baby” croon. Those Theo fans out there that like the man to get a bit rugged will be all over “Tympanic Warfare” too, where off the grid polyrhythms cannon around the channels, augmented by an ugly bassline and dexterous keys.

Born in Washington, D.C. and raised in Chicago, IL, where he developed a passion for music, Theo cites the likes of Miles Davis, Stevie Wonder, Jimi Hendrix, Nina Simone, George Gershwin, Bob Marley, as well as his uncle, Jazz musician Dexter Sims as his major influences growing up. Later in his life, he attributes Chicago radio to his unique sound. At the young age of 13, he was already spinning and producing records. He received a scholarship to the Kansas City Art Institute after finishing at the Academy for the Arts. Parrish concentrated on Sound Sculpture while at KCAI, which is a form of orchestration using live instruments, looped recordings, the human voice, and numerous other sound generating devices that is clearly present in his music.

It wasn’t until 1994, when Theo moved to Michigan where he became heavily involved in Detroit’s underground music scene. Producing music and delivering his unique and dynamic sets in venues throughout Detroit and surrounding areas, as well as abroad, gaining loads of respect from his peers. I have a feeling this gentleman will be around for a long time to come, delivering great music each time around.