Today, the family of Bashar “Pop Smoke” Jackson is announcing Shoot for the Stars, a (501(c)(3)) foundation established by Pop Smoke prior to his passing and led by his mother. “The foundation is meant to inspire inner-city youth to do just what the name states, ‘shoot for the stars'”, Ms Jackson says, “and help urban youth everywhere turn their pain into champagne by making their dreams a reality.”

As [Bashar] travelled around the city, he realized that the technology he had access to during his school years was not the norm for urban schools, says Ms Jackson. It was great fun brainstorming and planning [Shoot for the Stars] with him. I am looking forward to working with the team he put together before he was so tragically taken from us.

With everything happening in the world today, I know Bashar would feel the urgency of need, now more than ever before, Head of Victor Victor Worldwide, Steven Victor says. He strived to inspire youth and would have loved to see people playing his music and dancing in the streets while they marched in the fight for equality and justice. He made music, not only for the kids in his neighborhood but around the world, to inspire them to dream big regardless of their situation. The hope he carried for the next generation will live on through Shoot for the Stars. It was something that was very important to him and we’re honored to continue his legacy. This is only the beginning.

In summary, Ms Jackson shares, “We make this announcement and look forward to Pop’s debut album via Victor Victor.”

Pop SmokeShoot for the Stars 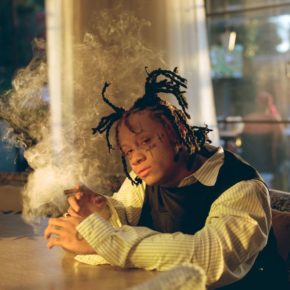