Known for his immaculate scores, South Florida-native musician Paul Zambrano shares cinematic track ‘Romance Tragico’, which appears to be for an intense life-altering scene in a movie, or the music that plays when you pop in a DVD and you’re going through the menu. Inspired by legendary musical composer Bernard Herrmann and film director Alfred Hitchcock, and other classic tragic stories, Zambrano’s work casts its listener away to the unknown. I hadn’t known about David Knijnenburg’s play ‘Hitchcock & Herrmann’ before now. I wish I could see the mid-00s Australian production, but it doesn’t appear to be online or touring anytime soon. I like to think the best movies have the best scores. Zambrano seems to under that, so he creates intending to enhance motion pictures. If you like what you hear, check out Zambrano’s early year release ‘Minimal Melancholy’, which is twelve tracks. 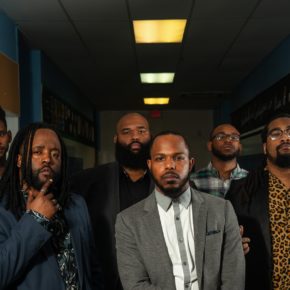