At the beginning of the month, I received an email about Patria O Muerte, an HBO Documentary about Cuba. It was a review request. Before then, I hadn’t worked on original content with HBO. Honored and excited, I replied quickly and received a link to watch the film. (People, I have a ViP account now, and that’s not all.) Soon after, I visited the headquarters near Bryant Park to interview the director. Never in a million years would I think, such a humbling experience would transpire. I had fifteen minutes with the first-time director. Her name is Olatz López Garmendia. As she mentions during our time together, before this moment, she’s been working with Julian Schnabel. If you aren’t familiar with him, that’s fine. He is an all-around artist and the director behind many great films. ‘Basquiat’ is one of them. Patria O Muerte is Garmendi’s first film.

There is no trailer video at this time.

I will not give details away because Patria O Muerte debuts on HBO at 8 Eastern Standard Time tonight. However, I think it is a timely and honest guide, which weaves a dismal yet hopeful story together for someone, especially an American millennial, who isn’t familiar with Cuba or any third-world atmospheres.

A lot of things happened this month: Donald Trump, a businessman from Queens, New York, became the President-Elect for the United States of America. Then, approximately three weeks later, former longtime Prime Minister and President of Cuba Fidel Castro passed away. Today, Patria O Muerte will debut on HBO, on the Monday night after a holiday weekend. I knew it was a great time for Garmendi’s magnifying glass to zero in on what it’s like to live without freedom but I didn’t think it would be this majestic. No one could pay for a momentum like this. This is a divine miracle.

In America, with consequence, we’re able to do just about whatever we want. We have rules and regulations in place to protect ‘us’. Though 2016, and any other time, have been questionable, we have them. Imagine if Cubans were free like Americans… Imagine if America was like Cuba… I wouldn’t be what, or where, I am today.

The imagery at the beginning of the film ‘Patria O Muerte’ was very powerful. What made you want to use those images, in particular?

I guess it was a fast way to the tell the story of Cuba. I needed to introduce the film, in some kind of way, so I thought it should happen in less than a minute. You get to see the whole process, from the beginning of the revolution until now, through all those images. I thought it was a good solution.

It was completed because I didn’t have permission to film in Cuba. Actually during my first trip to Cuba, I had permission to film but it was kind of complicated because I went in an official way so I couldn’t really film what I wanted to film. Not that I was looking for something in particular because you know, I didn’t have—It’s a documentary so there wasn’t a script. I was ready to talk to whoever wanted to talk to me, and to film whatever I wanted to film but there was a lot of limitations. I couldn’t film in Habana Vieja, the center of Havana, because it’s pretty destroyed. They don’t like the idea of you showing the destruction and the ruins and that whole thing so I was too limited by the team.

And I don’t know if I’m answering your questions… but the process was difficult because filming in a clandestine way is difficult. Also, bringing out the memory flashes with the information, the equipment and filming in the street is almost impossible. So it took a long time. It took four years of a process.

Also, you know, the politics changed in the middle of the way. When President Obama and Raúl Castro decided to normalize the relations, we were almost done with the editing and we needed to update so it made it a little longer.

But I think it is the perfect time to put it out. (At the time, Fidel Castro was still alive.)

Yes, I was really lucky. In the beginning, I was thinking what am I going to do now but it was a little adaptations here and there. It ended up being great.

Does this take any inspiration from your personal life? If so, what?

I always interested in Cuba, my whole life. My family lived there, in the past. My father was a big fan. In the 60s, in Europe, there was a big sympathy for the Cuban Revolution, and it was a moment. I always heard a lot about Cuba. I had the chance to travel there and to work with Julian Schnabel. When he made Before Night Falls. We started traveling to Cuba in 1993.

It was a really bad moment for Cuba because it was what they called, [?], which is when they stopped receiving help from the Soviet Union. It was a moment where there was nothing. There was no traffic. There was no food. The place was falling apart. You’d see like three people on one bicycle. I mean, there were no stores. It was a really really hard moment. Of course, it impacted me. So since then, and the whole process of filming Before Night Falls, I wanted to make a documentary about Cuba. This one, in particular, the Cuba of the changes. You know, since things are starting to change a little bit. When Raúl Castro took over, there was a lot of things going on and caught my attention, which is to make a little portrait about that moment.

How does this film differ from the others you’ve worked on?

In the past, I didn’t direct. I worked with Julian Schnabel. I’m close to him, you know, but it was fiction—even if it was based on real stories. It’s a different way of working. When you do fiction, you have a script. You know what you’re going to do but in a documentary, you don’t know what you’re going to do. I had a vague idea. First, I wanted to interview people from the street. That was my first step. Then from there, I started interviewing artists. You build up the story…

As you go along. 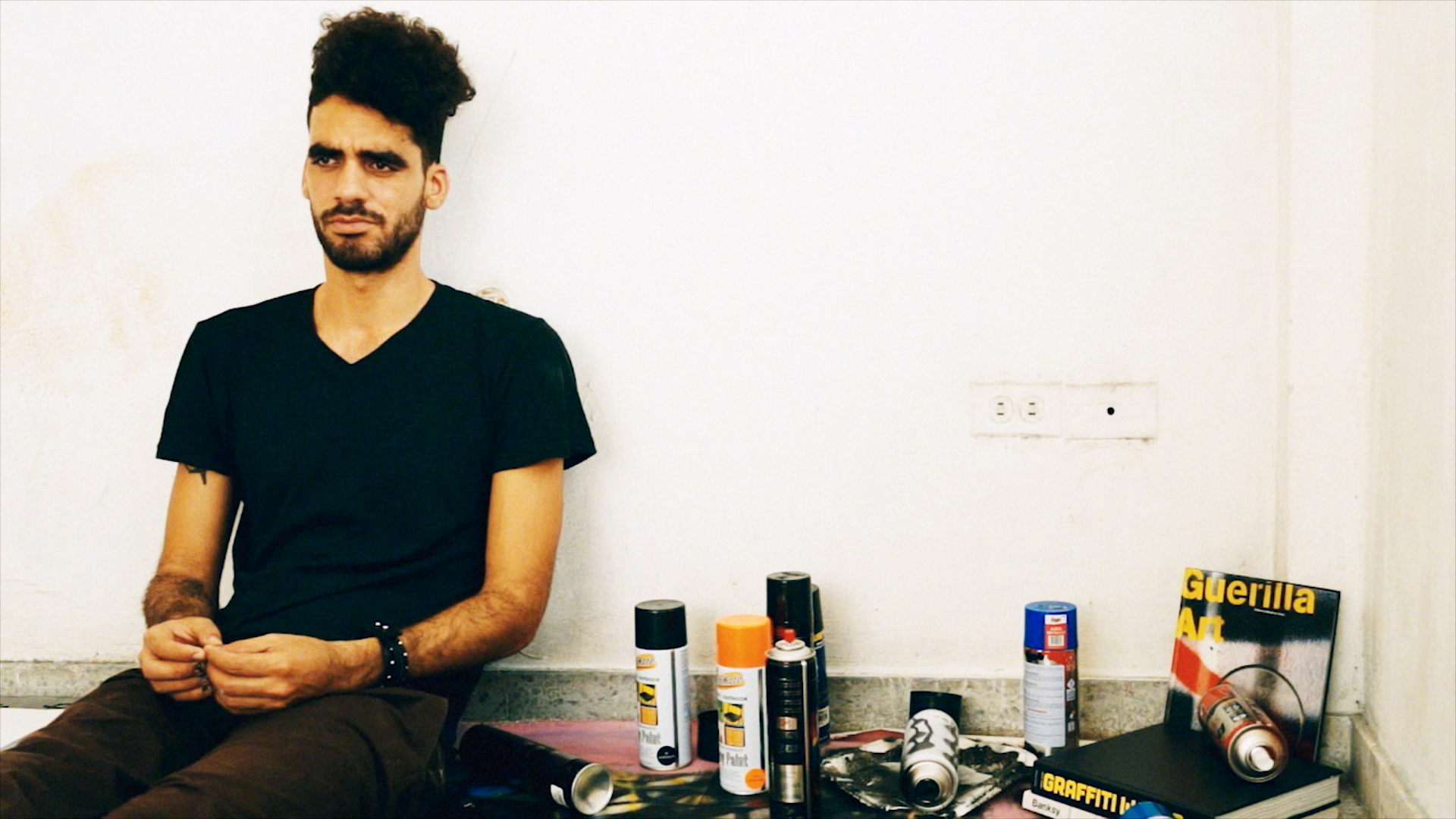 What would you like people to take away from this film?

I’d like to show a part of Cuba that you don’t really see, at a first view. It’s a part that you don’t see, and it is a part I got a chance to know, after 20 years of traveling there. I like people to be encouraged, to be free, to say what they think. There is a lot of fear, in Cuba, of talking. Very little freedom of speech and people are scared. Now, I see this is opening. People are getting more open also because [of] technology. Even if there’s not really Internet over there—Not everybody have access to internet and it is very expensive—but the fact that the world knows what is going on, and there is this openness and technology, it makes people more free to talk. I like the fact that people can get encouraged just to speak.

There’s a huge tourist interest, now, in Cuba. Everybody wants to go. I have friends that have gone.

And they had a lot of fun…

They had lots of fun! (We laughed) What would you say is your favourite place to visit when you’re in Cuba? Be it, restaurant, museum, like any kind of hot spot or nightlife location?

Well, nightlife is wonderful in Cuba, and the music is incredible. The best musicians are there, and it is very easy to go and see these incredible. You will see these bands, and they are super famous all over the world. When you see them there, maybe, they are playing a little restaurant. You have access to this incredible music. The people are great. Cubans are very great people, very sophisticated, culturally and fun because they have this incredible sense of humor. It’s the only way to survive there. (We laughed) You have to take it with a lot of patience and sense of humor. I love people there, and of course, the place is unbelievable. I think tourists, sometimes—and it’s normal, it happened to me to when I went there for the first time—see it in a more superficial way. They go there. They take their pictures in front of a building, collapsing as if they are in Rome or Athena but there are people living there. They are having a hard time. Basically, the building is falling on their heads… In the film, there is a character… When I interviewed her in 2013, and two years later, the building collapsed.

She’s talking about that in the interview, you know? Like, the building is falling apart, and what a hard time she was having… but the building actually fell apart, so these things, tourists don’t see at a first view. Also, you know, there are a lot of tours—guides that take you here and there. They take you wherever is convenient for them, whatever looks good. So, they try to avoid for you to see the level of destruction but if you’re a little curious, you’ll see everything. 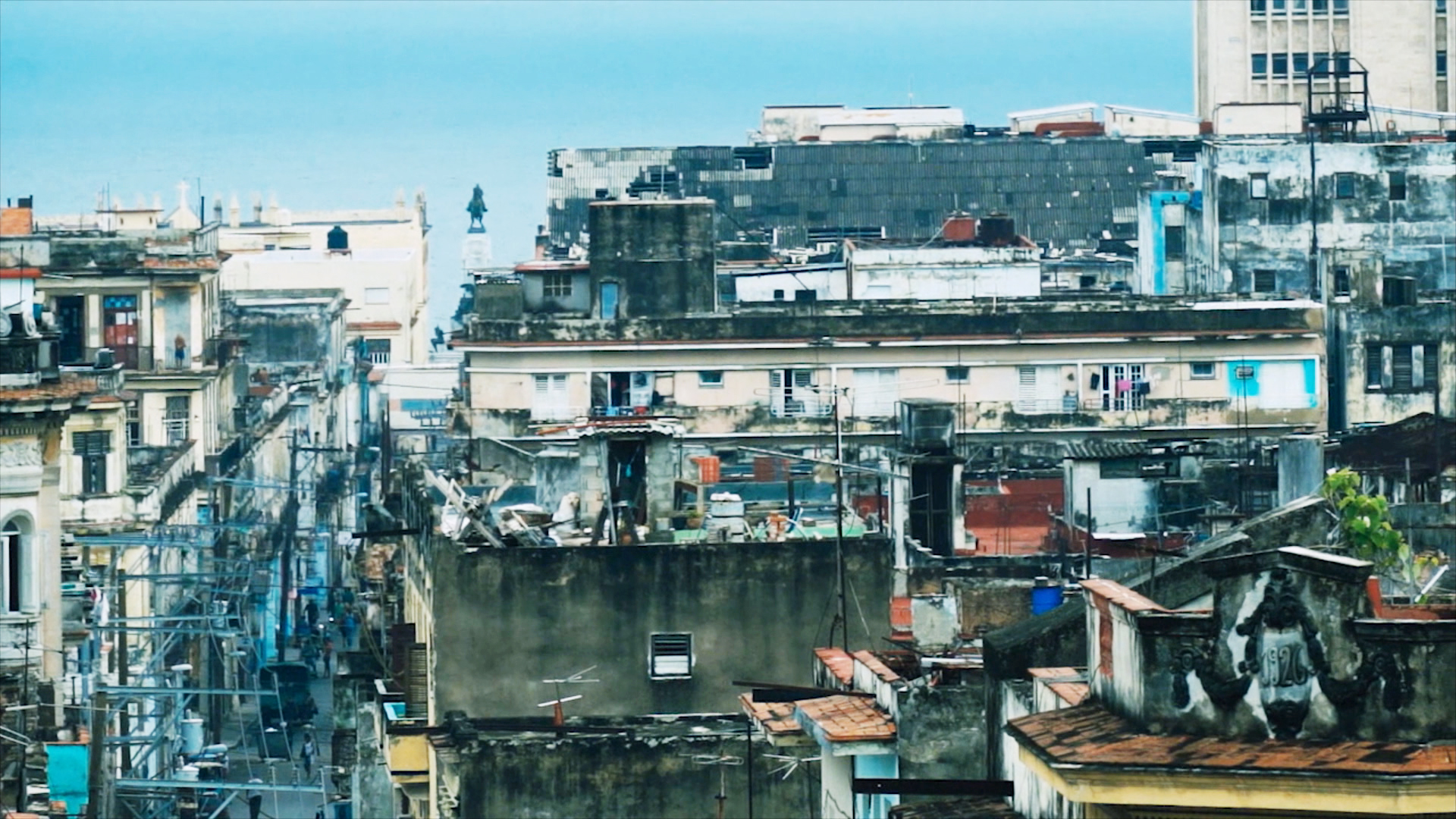 Read more about the film

Patria O Muerte: Cuba, Fatherland or Death shines a spotlight on Cuba and its people, providing contemporary context for a country that has experienced limited growth since its revolution in the 1950s. Utilizing percussive music and vibrant images to tell the story of life in Cuba, the film includes revealing interviews with a prize-winning author who could not be published in Cuba until recently; an artist and political activist who was imprisoned for his passion for freedom; an architect who escaped oppression; and a number of everyday Cubans who express frustration over their lack of opportunity and decaying living conditions. This raw, unvarnished film shows how the Cuban people live their lives amidst political unrest and economic inequality during a time when the country is on the cusp of cultural, social and economic change in the wake of President Obama’s 2014 announcement that the US would begin normalizing relations. What emerges is a portrait of a people struggling to get by, but determined to have their voices heard through their words, art and music. The film is the directorial debut of Olatz López Garmendia and is executive produced by Oscar®-nominated director Julian Schnabel (The Diving Bell and the Butterfly).

‘Patria O Muerte’ is available on demand as well as additional dates below: