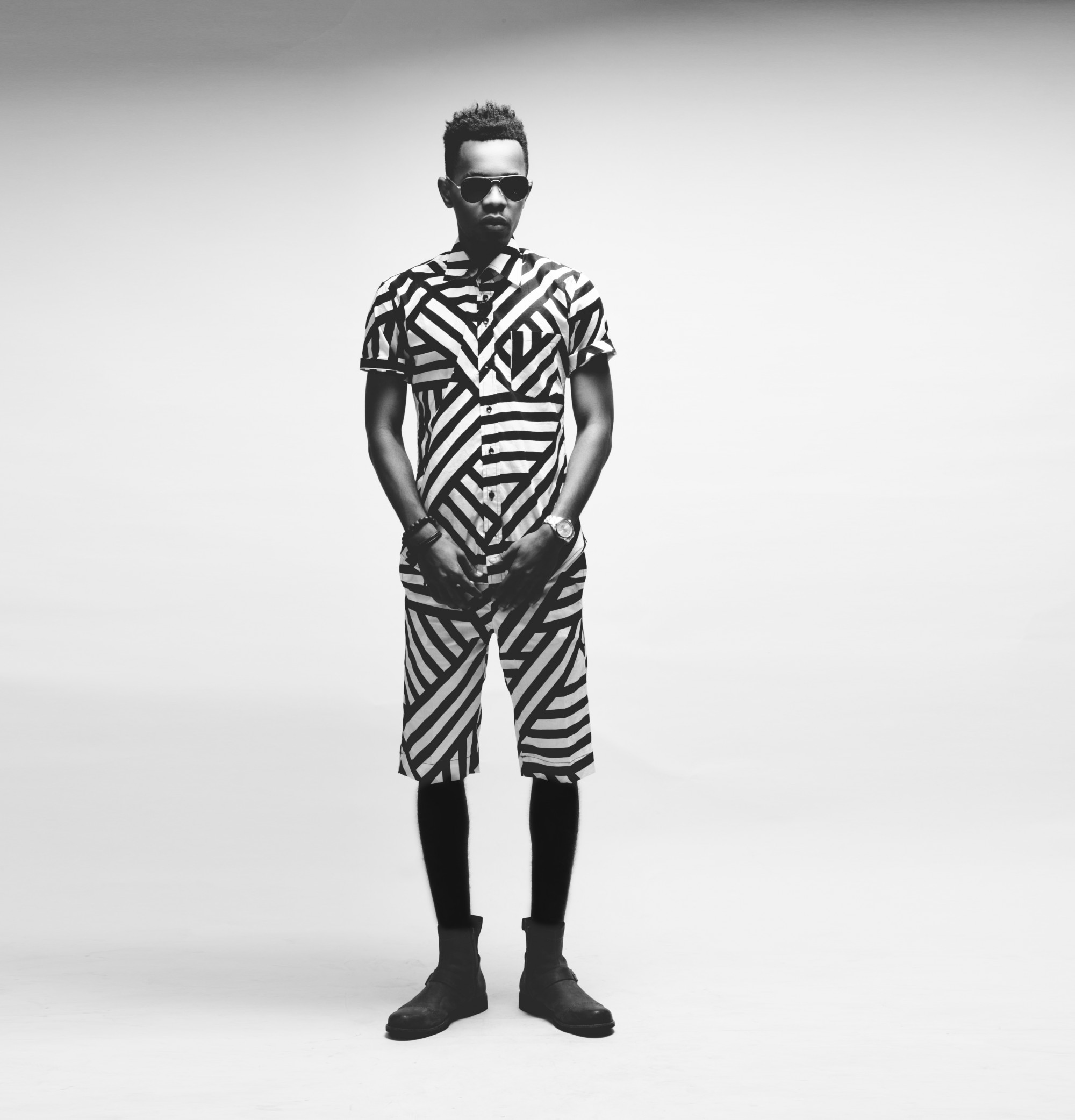 D’banj was right. It is a banger. How can you hear this song and not react? It is impossible. Not to mention, I want the rainbow colour blocking sweater he is wearing. Does anyone know the brand? Also, I think the videos produced in West Africa, right now, are stunning visual representations of the region. We are more than shithole countries banded together on an underdeveloped continent. We are beautiful, innovative, creative beings. We are world leaders. We influence the globe! Without further ado, watch the new colourful video featuring Slimcase and Mr Real below.

Back to what I said above, I want to be friends with everyone in the Nigerian singer-songwriter’s video for ‘Available’. The choreography in the Clarence Peters-direction is out of this world. Not to mention, the wardrobe styling is rich. I love Africa! Can you believe Patoranking is only 27-years-old?

Exuding strength and passion, Yemi Alade sings about the way she feels when she is in the presence of her lover. The themes and the dancing do not miss a beat in the ‘Go Down’ video. Yemi Alade is a 28-year-old R&B/Afropop singer and songwriter from Nigeria (Abia State). Check out the well-done video now.

Just before he entered a club with a unicorn on Hollywood Boulevard, Eric Bellinger released the video for his latest track featuring Wale. The video stars Harlem’s own Teyana Taylor. It’s a smooth R&B/Hip-Hop single about a woman who seems to get his blood pumping. Watch the Facet-direction below.

It’s been a while since I’ve come across new music by Negash Ali, so it is exciting to hear the sensual, ‘Tantra’. What is tantra? By definition, it is a ritual text, dating from the 6th to the 13th centuries involving mantras, meditation, and yoga. However, the Eritrean recording artist poetically rapped sculpted words about intimate time with assistance from Danish singer and producer Fjer, who added ethereal, airy vocals. ‘Tantra’ is the first single from his new album entitled, The Ascension out now.

Before this moment, Negash Ali toured with Nas, Ne-Yo, and Wiz Khalifa.

Yesterday, I posted about the King’s Dead video, but I didn’t get around to writing about it. Instantly, I became hooked. I needed to watch it over and over—kind of how I listened to the audio. From the scenes at the barbershop to the ones in the street of Lamar flowing with traffic, the video is outstanding. The opening with the men in the palm tree did it for me. Kendrick, what are you eating? Why are you so creative? Jay Rock, why are you so amazing and patient? Future, you are every bit of a Scorpio man. Please, continue to be as fly as you all are. James Blake, where is your face? And last but not least, how fat was her ass? Watch the official video from the Black Panther: The Album soundtrack now. Dave Free (the little homies) & Jack Begert directed the visual.

I love when giants from a region come together on a record; show love to the new guy. In this case, the new guy is Kodak Black. We love Kodak Black over here. Florida is up, again. The state has always been flourishing, but it is seeing a comeback now. Who knows? It could be the next Atlanta—as far as the amount of new substantial artists come from the area. I pray that more new artists breakthrough from there. Watch the beautiful video for the cameos.

Speaking of Florida, Drake just released the official video for ‘God’s Plan’. The Toronto living legend visited Miami to shoot the video. According to the start of the X and Karena Evans-direction, they used the $996,631.90 budget to help the people in the community. It’s one of the most beautiful things we’ve seen a pop star do. As soon as the mom and her son cried, I could not hold myself together. Well done, Drake. You are part of God’s plan. You are an angel.

It is magnificent to see someone can visit a school, a youth centre, and a woman’s shelter—to do what he did—ahead of what happened in Parkland, Florida a few days ago. May God continue to bless people like Drake with kind hearts and deep pockets. Watch the touching video below.

Twi-English-speaking rapper Sarkodie recently released the official video for ‘Light It Up’ featuring UK’s own Big Narstie and Jayso, the producer who produced most of the album. Bringing another meaning to ‘hot woman’, the video highlights beautiful women who know how to handle flames. Check out the video for trap-friendly album cut below.

Displaying a unique vocabulary on every song, Ghanian rapper Recognize Ali leads the pack of traditional emcees out of the region, who consistently works with stateside producers and fellow rappers. ‘Just Rhyme’ features classic scratching, a soulful beat by Las Vegas-native producer Sultan Mir, and the dopest lyrics by one of Ghana’s best lyricists. Watch the yellow-tinged visual below. It comes from the 2016 joint album entitled, ‘Too Visible To See’.

If you follow me on Instagram, or if you know me, you know how much I listen to ‘Space’. It’s unhealthy. It’s not a new song, but I learned about TK Kravitz—as a solo artist—last season. Previously, he was part of the duo: TK-N-Cash. Check out the visual for the Atlanta crooner’s song with Sexton, an Australian-born indie singer-songwriter and rapper below.