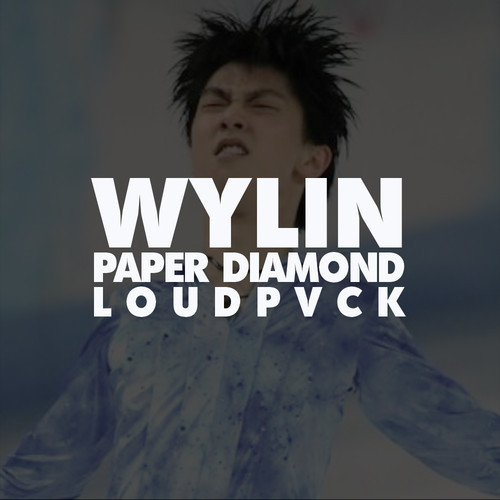 Paper Diamond just released a brand-new track as a free download in celebration of his Pro Partner profile launch with Soundcloud. “Wylin” is the result of a massive trap collaboration between tour mates Paper Diamond and duo LOUDPVCK, who are selling out venues across the nation on their current Cold Crush Tour.

“Wylin” has already received over 100,000 plays on Soundcloud in under 24 hours. Listen to “Wylin” via the player below and download the track directly from his Soundcloud page.

Now, Paper Diamond is really “wylin” out with Soundcloud’s Pro Partner Program, which offers artists the opportunity to “embrace and harness the power of sound” with a customized profile featuring a header-banner while optimizing the reach of Soundcloud’s global audience. Visit his new page.

Paper Diamond has hit the ground running this year with the start of a massive tour across the U.S., along with announcing an 8-month monthly residency in the mecca of house music – Las Vegas at Surrender Nightclub. Not to mention, he’s been putting out dope new tunes quicker than we can keep up, including his fresh Diplo remix released a few weeks ago on Mad Decent (Revolution Remix EP) and his funky, insanely groovy remix edit of Jai Paul‘s ultra sexy R&B track “Jasmine”, plus his latest single, “Black Rose“.

“Black Rose” premiered on Paper Diamond‘s debut mix for BBC Radio 1’s Diplo and Friends, which also features unreleased productions and tracks from friends like Zed’s Dead, Two Fresh, and Antiserum. Diplo shouts out [quote]The one and only Paper Diamond – this might be one of the most versatile guys I ever run into as far as production. He’s played all over the world – Coachella, Lollapalooza, Electric Zoo – every festival in the world is not complete without booking Paper Diamond.[/quote]