Kevin Clarke is one to watch. R&B fans, keep him on your radar. 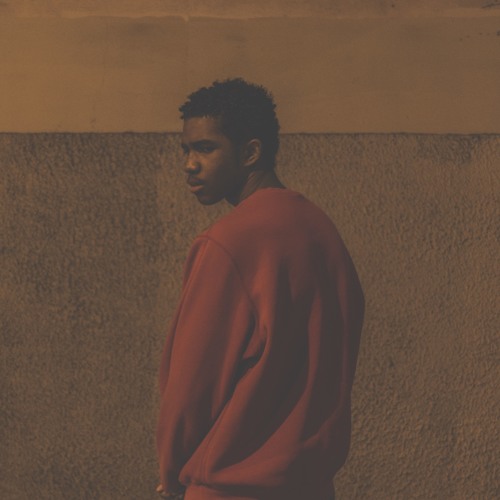 Kevin Clarke’s retro nouveau sound ushers in a breath of fresh air into R&B that we haven’t seen in awhile. Recently, the young Los Angeles native singer-songwriter released his project. It’s smooth. Clarke’s ‘Idle’ EP consists of eight tracks. Each track displays Clarke’s range of creativity and influences from his many idols like Sade, Marvin Gaye, and Maxwell. As you’re listening to the project, variety comes across on tracks like ‘I’ll’, ‘Tsunami’ and ‘Euphoria’.

On ‘Idle’, the singer shares a conversation between him and his mother. She asked him if he prays anymore, and he replies that he is blessed. ‘Euphoria’ evokes the vibes that are Kevin Clarke. Sultry, sweet, sensual and romantic but has the formula for a turned up situation or a passionate chase. (You boys know what I’m talking about.)

‘Kiss of Life’ is another standout track. Using the sample from the song with the same name, Clarke’s soft and genuine vocals blend in perfectly and makes the track memorable. Clarke gets extremely emotional on the track ‘Hurt’; sonically, it resembles the vibe of a current Drake or PARTYNEXTDOOR song. On it, he shares that he wants a ride or die chick. Someone who will be there for him, no matter the circumstance, through thick and thin. Well, then, it sounds like Mr Clarke wants to put a ring on it and get married. From his love of love to the braggadocios swagger, Kevin Clarke has a few aspects of today’s R&B covered. The overall presentation remains consistent.

It features production from Automatic Beatz, Stuss, BNJMN, Flxtch!, and Charles Murdoch. If you’re looking for something smooth, then give Clarke’s project a spin. It’s worth it. Be on the lookout for more music from Kevin Clarke and his camp.