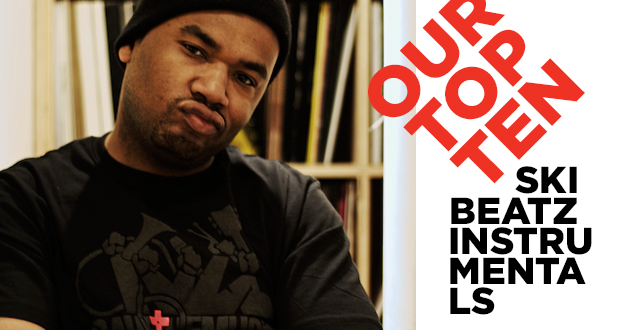 Pioneering the gratifying sounds that we’ve unconsciously fell in love with as youngsters, Ski Beatz remains a significant staple pinned deep into Hip-Hop’s flourishing era and its topical state of reemergence. Ski Beatz, a North Carolina native, was originally a part of a group called Original Flavor. It was the first group managed by Damon Dash before becoming a music executive. He is credited for two of the biggest Hip-Hop records of all time “Dead Presidents” (fourth and final single from Reasonable Doubt) and “Feelin’ It” (fourth and final single from Reasonable Doubt) in which was released in 1996 on the celebrated Jay-Z‘s debut album. The oldest of the three authors that came together to create this list were no older than 9-years old.

As of recent, our living legend joined us in celebrating our 5th year in business and now, we feel it is time to formally celebrate him — the man behind the music.

Relentlessly so, we’ve curated a list of our favourite instrumentals to date. *Some picks have explanations, some do not. Scroll down to see which songs made the list and list your picks as a comment. It’ll give new fans a broader scope of his discography and what to listen to first, because you said so. Click here to listen to or watch our picks via our “Top 10 Ski Beatz Instrumentals” YouTube playlist.

9: “Birthdays” by The Cool Kids

8: “The Day” by Curren$y featuring Jay Electronica and Mos Def

6: “King Kong” by Curren$y: This song displays the vast difference(s) between producing a song for an artist and just hopping on someone else’s beat. It sounds like a match made in Heaven and for those reasons, I am attached. — Richardine

5: “Address” by Curren$y featuring Stalley: It was like a breath of cool wind trickling down through my lungs as “Address” first sparked my ears. Verses were well laid by Spitta and Ohio native Stalley. It was said that the beat was originally for the God MC Jay Hova’s first project Reasonable Doubt back in ’96 but [it] got scratched from the beat tape submitted.  — Mark